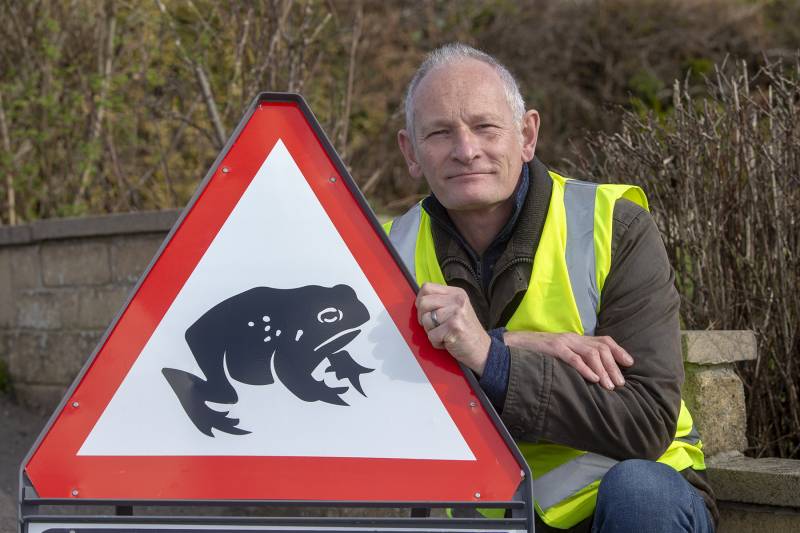 IT looks like migration season for a community of amphibians in Wombwell has come to an end - according to a local ‘toad patrol’.

The Lundhill Toad Patrol - made up of local volunteers - have been keeping watch almost every evening since the end of February on Lundhill Road to ensure toads, frogs and newts migrating to spawn at nearby waters can cross safely.

Temporary ‘Caution Toad’ slow road signs were even put in place with the permission of the council.

The total crossings on the road recorded between February 28 and April 4 include 77 male toads, 25 female toads, 37 frogs, and 28 newts - but 35 amphibians were sadly found dead.

One of the volunteers, Mick Whittingham, has spent most evenings from dusk until around 9pm patrolling the popular crossing spot during migration season.

He said: “It looks like the migration is over.

“It has been several nights now without any activity at all.

“The weather has been pretty much against us with cold dry nights.

“Thank you to everyone who came to help out with the patrol.

“And to every driver who slowed down while the migration was in progress.”