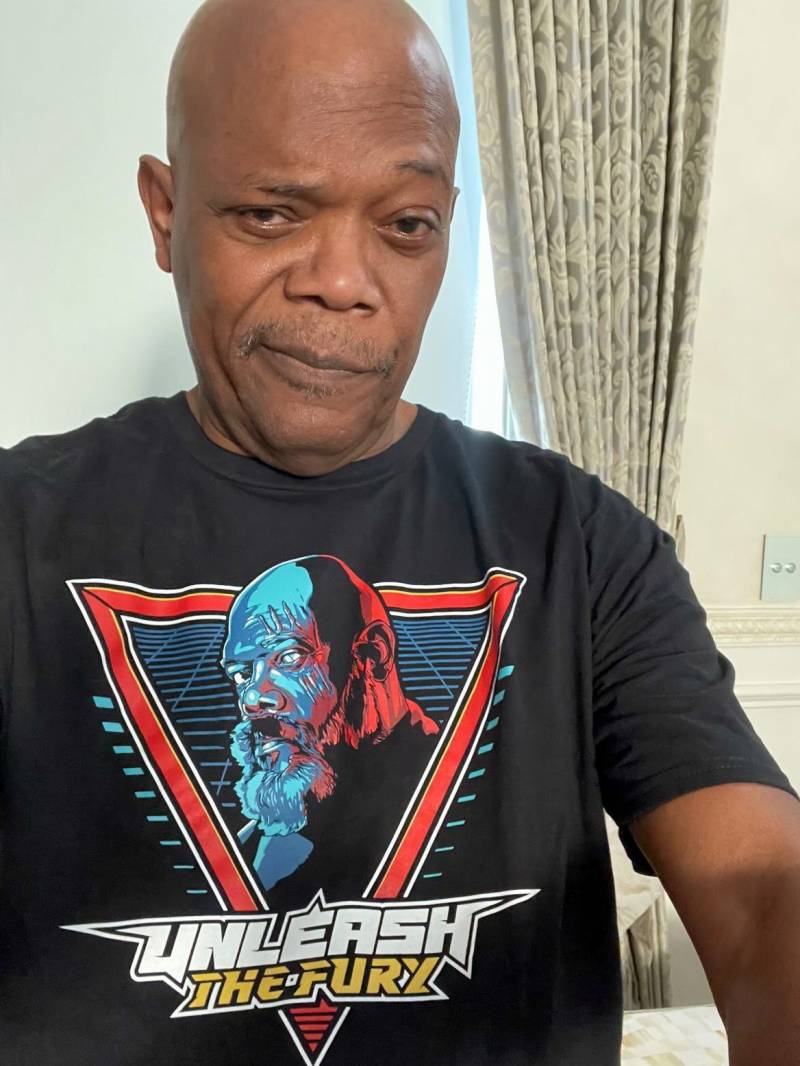 IT’S not everyday Barnsley folk have the chance to rub shoulders with Hollywood A-Listers – but one Monk Bretton artist has managed to do just that.

Matt Heald, 35, started his business venture Retro Design Co. during lockdown as something of a hobby to pass the time – but he’d have never expected the support he’s received since.

Since he started creating his designs, he’s racked up thousands of admirers on social media – including Samuel L. Jackson.

Keanu later went on to wear another of Matt’s designs in the Weezer music video alongside fellow Bill and Ted actor Alex Winter.

Matt told the Chronicle: “Covid started and a lot of people started baking but I starting designing to stop myself from going mad.

“I had been designing before but I didn’t really take it seriously until lockdown.

“Over the years I’ve done designs for the US Army and Hasbro but it’s all been through third parties.

“Samuel L. Jackson came across my work on Instagram and we got chatting – he loved my designs and he even recorded a testimonial for me twice.

“He gave me a call around Christmas time and as it was a Beverley Hills number I didn’t know who it was.

“I was a little shocked but he’s such a nice guy and was really cool.

“He’s not the first to wear my designs, Keanu Reeves has quite a few of my shirts too.”