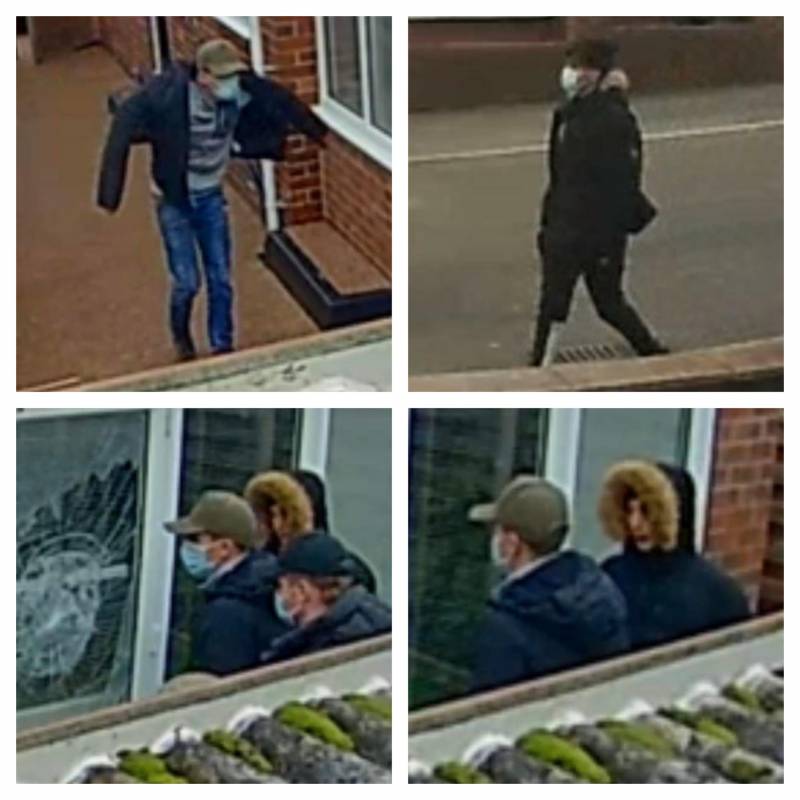 POLICE in Barnsley have released CCTV images of three men they would like to speak to in connection to a burglary in December.

It’s reported on Wednesday, December 22, three men entered a property on Vernon Way by smashing the kitchen window at 3.45pm.

“They also took a quantity of cash.

“Police now want to speak to the men in the CCTV images in connection to the incident as they believe they may hold information that could help them in their enquiries.

“Do you recognise them?