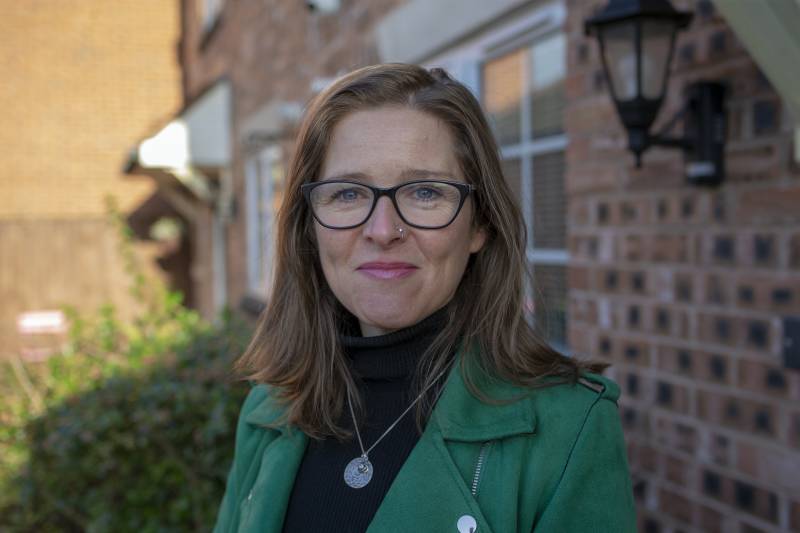 A PENISTONE woman who lost her brother to suicide is making a documentary to try and ‘break the stigma’ around the subject.

Mick Rowe, of Chauntry Avenue, lost her brother James Tyrell to suicide when he was 27 and says it has taken her more than 25 years since his death to heal from the experience enough to make the documentary, ‘Suicide Sucks’.

When she first put out the feelers for interviewees in November last year, Mick said she received an ‘overwhelming’ response to her call out.

“All of this has shown that people actually do want to talk about suicide, despite it still being a stigmatised subject,” said the 48-year-old, who is originally from Northamptonshire but has lived in Penistone for more than 20 years.

“I lost my brother in 1996 and it’s taken me all of these years to finally feel ready to make this documentary.

“It’s something I’ve always been interested in doing – I think it’s really important – but I’ve never felt ready until now.

“I just thought I’d use what I know to try and help to break the stigma, and hopefully, help people.”

Mick began filming the documentary at the beginning of this month, after delays due to members of her family catching Covid-19.

The film features interviews from two people bereaved by suicide, two who have attempted suicide in the past, along with Andy’s Man Club project development champion Oli Vikse – all from the Penistone and Barnsley area.

“I wish I could have included every person’s story in full, but unfortunately to pack it all in would be impossible,” Mick added.

“It’s been interesting finding people to feature, as it’s such a sensitive topic.

“I had people come forward to be involved but once they realised they would be visually associated with the documentary for the public to see, they then decided it wasn’t for them.

“Which is totally understandable.

“I think that in itself highlights the stigma and barriers people face around speaking about suicide.”

The film is completely funded by Mick, who is an actress and presenter by trade, and all profits will go towards Papyrus – a charity that works to prevent suicide in young people.

The film will be showcased as part of Penistone Arts Week at the end of March – tickets for which are available on the website – and coincidentally the screening at Penistone Scout Hut falls on an emotional anniversary for Mick.

“The showing is actually on the anniversary of my brother’s death.

Oli, from Andy’s Man Club, added: “Anything that we can do to shine a light on suicide, particularly involving men, we are all for.

“Suicide is one of the biggest killers of men under 50 in the UK and any opportunity we get like this to reach an audience we might not usually reach, we are all for it.

“We’re more than happy to welcome work like Mick’s with open arms.”