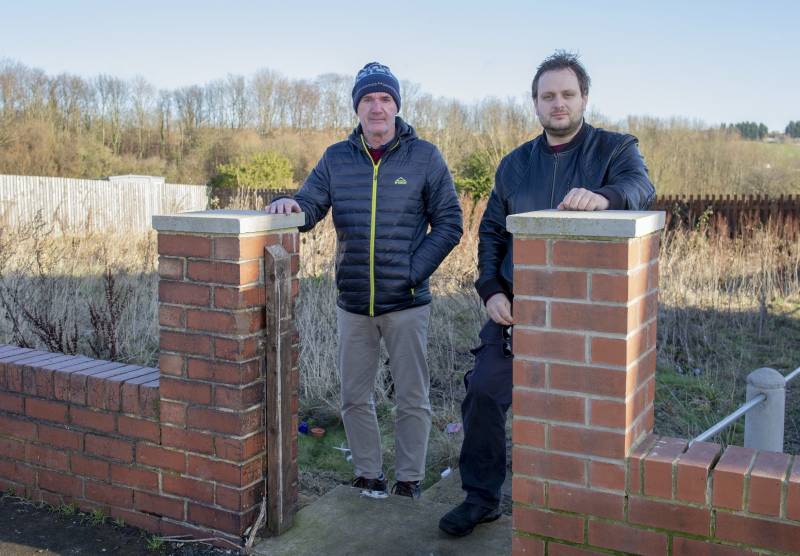 LARGE council houses – demolished to entice developers into taking over a potential housing site near the M1 – were needlessly knocked down in a decision that was a ‘kick in the teeth’ to thousands on the waiting list, a councillor has claimed.

An outline planning application, which was submitted last week by Keepmoat Homes, is for up to 215 houses off Keresforth Road, Dodworth.

In 2018, Persimmon Homes submitted a full planning application for 146 houses to be built on the site but this was later withdrawn due to the proposed access for vehicles off Bark Meadows.

As a result, Barnsley Council bulldozed two four-bedroom houses on nearby South Road to free up access – subsequently making the site easier to get to – according to Coun Peter Fielding.

However, the decision has been condemned – after the planning application confirmed that the new access will not be used if permission is granted.

Coun Fielding said: “We now know the developer does not want to access the site where the two council houses once stood.

“These were demolished two years ago by Barnsley Council to offer an access to the development site – this highlights the folly of removing those houses before any agreement had been reached with the developer.

“The tenants of the houses on South Road were evicted almost three years ago – the council then had to foot the bill of rehousing them, the demolition, rental and council tax income for that period and have lost two valuable houses for no good reason in their desperation to get this land developed.

“It is particularly galling to those on the council house waiting list and to tenants who now have to face rent increases of 4.1 per cent while this kind of waste is going on.”

According to the council, Berneslai Homes relocated the tenants but Coun Fielding believes it is a kick in the teeth to the many thousands of Barnsley residents still awaiting a home.

“I believe there are about 150 of this size on the council’s register, so demand certainly outstrips supply,” he added.

“Given there are about 7,000 on the waiting list for a council house, demolishing two valuable and scarce four-bedroom houses just doesn’t sit right.

“I want answers from the council as to why this decision was taken, how much it has cost and how these houses are going to be replaced.”

According to Keepmoat Homes, its preferred option is to access the site via Keresforth Road.

A statement said: “The development will be accessed via a priority T-junction to the south of the site, off B6099 Keresforth Road.

“Our initial proposal was to submit a full planning application in order to support delivery of housing in the area, however after further consultation with the highways department, it was determined to submit this as an outline application.

“Therefore consultees’ comments will be considered in more detail after the requirement for discussions regarding the access point was highlighted.”

Coun Tim Cheetham, cabinet spokesperson for regeneration and culture, added: “The decision to demolish the pair of semi-detached houses was made following a careful assessment of all other possible access points into the land allocated for residential development.

“This included the access off Keresforth Road that Keepmoat Homes is proposing, and Bark Meadows, which Persimmon Homes had proposed in their planning application.

“Applicants can decide what to include in their planning application and whether to take on board any informal advice provided about the suitability of their proposal.

“Therefore, they are entitled to argue that alternative access is not necessary.

“We urge anybody interested in the application to have their say, and their comments will then be considered in full.”