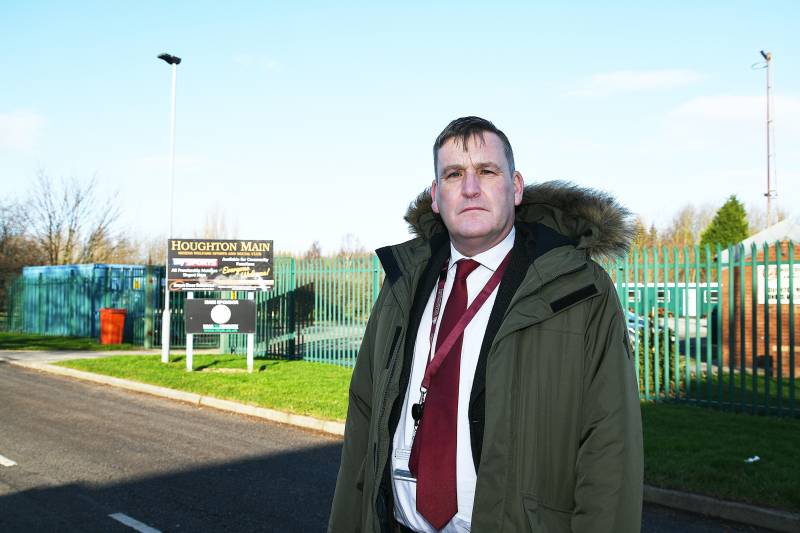 AN off-road biker was caught on video ‘terrorising’ two horse riders in Middlecliffe earlier this week.

The police are now investigating the biker who reportedly sped up and down Middlecliffe Lane three times on his bike, forcing the two horses and riders to ‘take sanctuary’ in the Houghton Main Miners’ Welfare car park.

Coun Kevin Osborne attended the scene after receiving calls from concerned residents and shared the footage taken by one of the horse riders on social media.

“Having seen the shocking footage captured by the two horse riders in Middlecliffe anyone can see how this incident could have become a lot more serious than it was,” said Coun Osborne.

“These riders were perfectly within their rights to be on that road but were forced to take sanctuary at Houghton Main Miners’ Welfare by what appears to be an unlicensed youth riding an untaxed and uninsured motorcycle on a public road, having earlier churned up a playing field adjacent to a children’s play area.

“There’s simply no excuse for this antisocial behaviour in our community and I support South Yorkshire Police in whatever action they take to stop this happening again.”