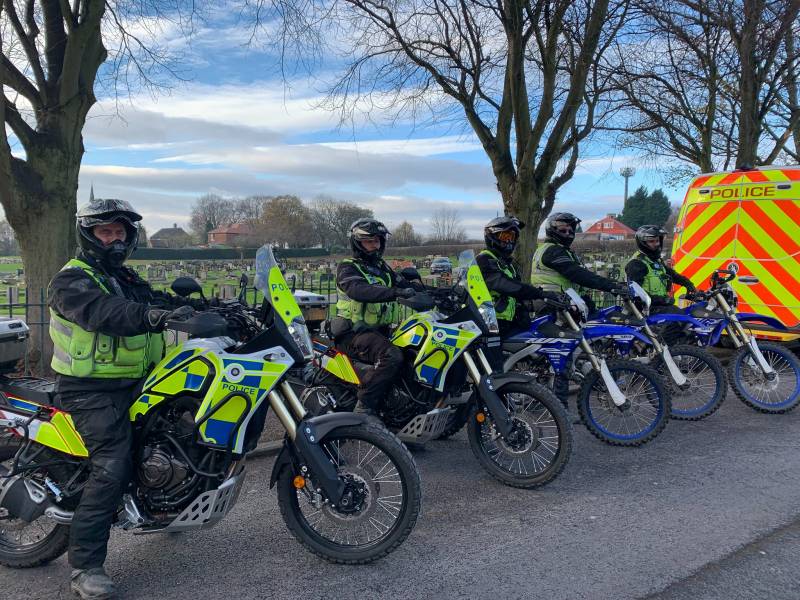 OFFICERS from the police’s off-road biking team worked late into the night to clamp down on illegal motorists terrorising the town’s countryside.

The force’s off-road bike intervention team (ORBIT) was launched in 2017 following unprecedented demand by members of public who were unhappy about the antisocial use of quads and off-road bikes.

They have been working closely within Barnsley and, in a dedicated operation for the town, the team seized six vehicles in a day which saw officers work long into the night before Christmas.

A spokesperson for South Yorkshire Police said: “Illegal and nuisance off-road motorcycling, quad biking and the use of four-by-four vehicles is something that understandably causes great concern in our communities and it is something we do not and will not tolerate.

“It can be very dangerous with vehicles often poorly maintained and not subject to safety checks.

“Several people have been seriously injured and even killed in such vehicles in the last 12 months.

“There is a significant impact to the countryside and to wildlife, not to mention the damage to farmers’ fields.

“The team is an important part of our operational support unit without it we would not be able to effectively tackle these challenges.

“Those riding their bikes are out in all weathers and all times of the day and so are we.

“Someone we stopped recently was amazed we were there when it was dark but we are.

“We will stop you and if you are breaking the law we will take action.”