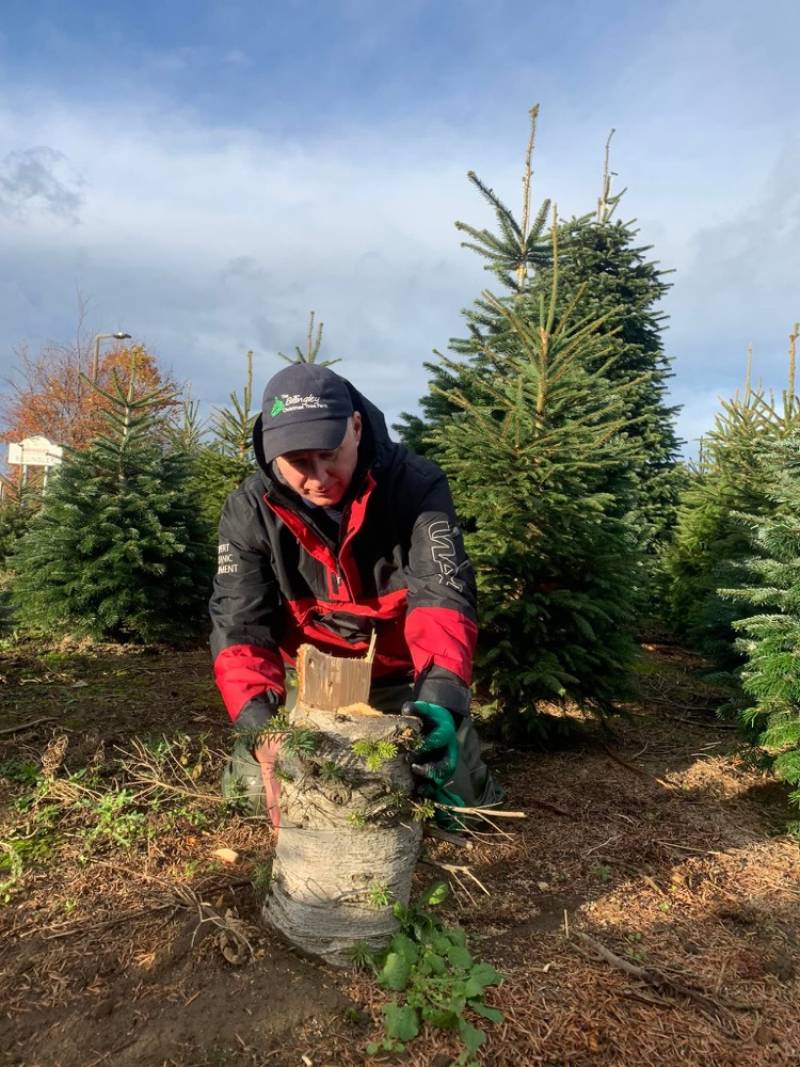 IT’S the most wonderful time of the year for many – but for one Christmas tree farm, the nightmare had only just begun when they discovered a number of trees had been stolen.

The theft was discovered by Billingley Christmas Tree Farm owner, Andrew Stenton, after spotting a stump where a 15-foot-high tree once stood.

He also found that two other display trees were taken from the farm just as the festive season is about to begin.

“The trees are often designated for commercial use in hospitals or for councils,” said Andrew.

“They take a lot of growing and we only leave a small proportion of our trees to grow to that height because not everyone will want a huge Christmas tree that is almost as tall as their house.

“I think what has happened is someone has seen one of the display trees from the road and has driven a flatbed truck up to the side of the fence and then the tree has been cut down.

“I can tell they used a handsaw because the cut is very ragged, and there’s a bit section of bark where they pushed the tree over the fence.”

The Christmas tree farm is well-known in the area and has provided trees for Chatsworth House and Barnsley Council.

“It’s frustrating really because it’s our busiest time of year, and for this to happen is a setback,” added Andrew.

“I just can’t understand what anyone would want with a tree that big.

“We’ve had thefts before but nothing on this scale.”