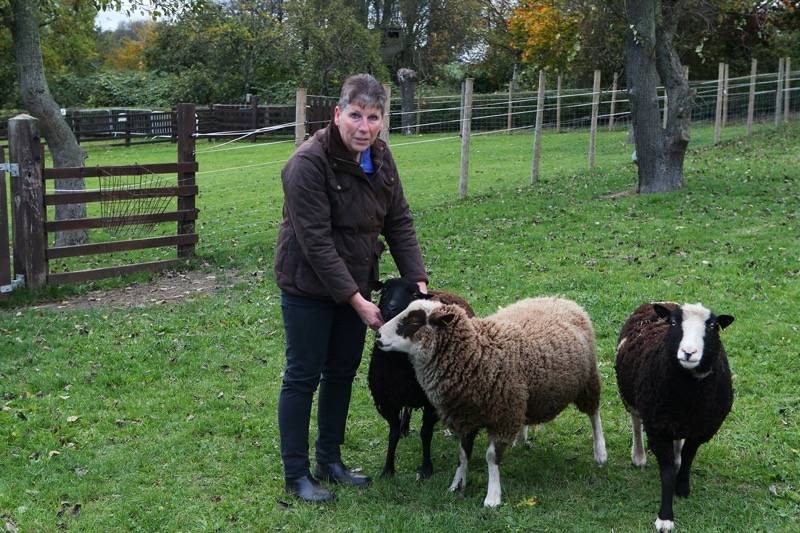 PET owners have been left in fear as ‘uncontrollable dogs’ have continued to terrorise their village – having fatally mauled animals in a series of attacks.

At least two husky-type dogs have been roaming the streets of Brierley for more than a year, according to locals.

The 57-year-old said: “We just don’t seem to be getting anywhere with it.

“I’m having to keep my animals locked up at the minute because the second the dogs get loose they’re coming up here – how is that a way to live?

“It’s been going on for more than a year and it’s no secret that this is happening.

“The final straw for me was when they paid me a visit at 5am six weeks ago, attacking my pet sheep, killing one.

“People are having their animals going missing and we know they’ve killed at least five.

“The police and council just keep sweeping it under the carpet as if it’s not happening – are they waiting for a child to be savaged?”

A public space protection order (PSPO) is now in place after senior councillors approved the plans in February – and it’s led to tougher measures for irresponsible dog owners.

Such orders are designed to clamp down on specific antisocial behaviour, such as allowing local authorities to require dogs to be kept on leads in certain areas.

“This is absolutely no way to live,” Judith added.

“Someone I know moved because of how terrified they were but we’re still being passed from pillar-to-post by the authorities.

“The dogs won’t be seen for a few weeks but then they’ll come back.

“What if a child is walking and a dog sees them – it could be fatal and it’s such a concern in the village.

“It’s frightening to see how determined the dogs are.”

Another concerned resident, who wished to remain anonymous, revealed that she’s been left with mental health issues after the dogs attacked and killed her 12-year-old cat last year.

She added: “I very rarely sleep well anymore because of this.

“It’s made me ill with my mental health because I’m always worrying – I don’t want my other cats to go out anymore.

“People don’t want to walk their dogs in the area because they’re scared.

“I thought that our cat was the first to die but it wasn’t – I’ve spoken to a least six other people who have had incidents, including someone who was bit.

“I’ve lived here for 25 years and it’s a lovely place but I’d quite happily sell the house and move tomorrow.

“It hurts me that we can’t do anything about it – it’s one thing losing a cat but as a parent I can’t bare to think about losing a child.”