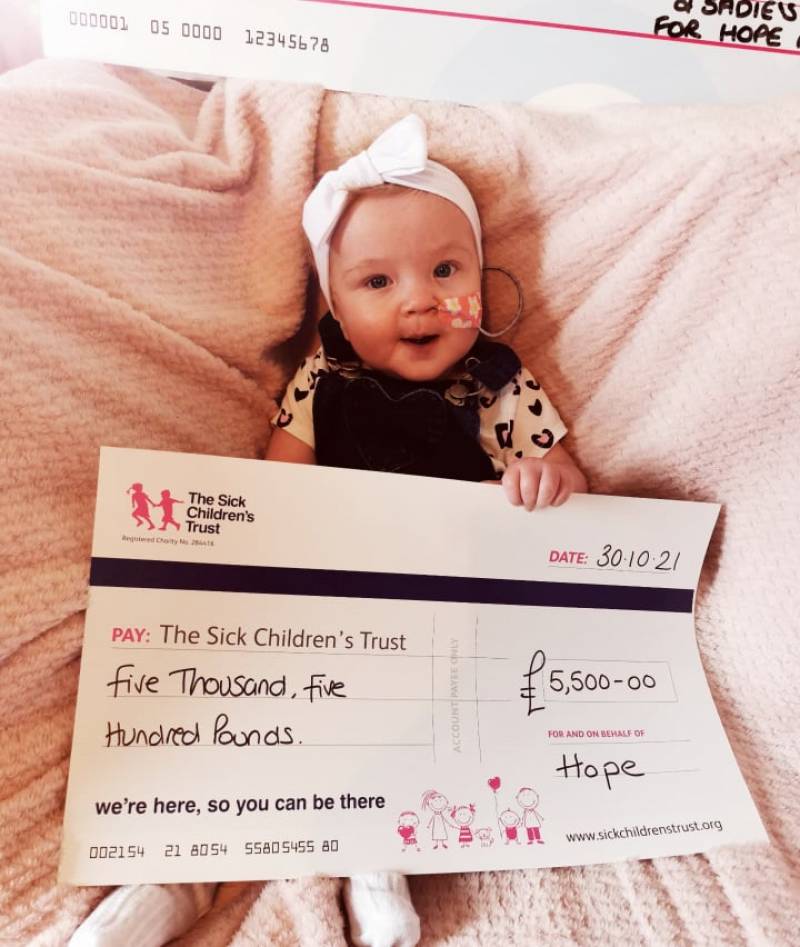 THE FAMILY of an ill little girl may have just counted up how much they have raised following a series of fundraising challenges, but they are already looking to next year to do it all again.

The family of Hope Pickersgill have spent the past year fund-raising in aid of two charities – the Children’s Heart Surgery Fund, and the Sick Children’s Trust – in honour of baby Hope.

Hope was born in January with a rare defect termed ‘double outlet right ventricle’, a hole in her heart and severe pulmonary stenosis that led to lifesaving operations.

She is now doing well, but her family took part in several fund-raising challenges to give thanks to the charities who worked closely with Hope.

Having raised £11,000, great aunt Tania Shirt says the work has only just begun.

“This year we have done a group walk, a skydive, organised a family fun day, and my son-in-law completed a 72 mile walk,” said Tania, 51.

“It’s been really fun organising the events and looking forward to what we can do next – especially since the charities helped Hope and her parents.

“The response from the charities has been amazing and they have supported us every step of the way. When we did the group walk, they met us at eat stopping point with bottles of water, and were there at the finish line.

“When my daughter did the skydive, they were there at the end of it – they really have been amazing and I think it’s made us work harder to raise more funds for them.”

The funds were counted in September, but Tania isn’t wasting any time planing ahead for next year’s events.

“I know I want to do a wing walk but it might be a while before I can do that,” she added. “My son really wants to organise another family fun day and I’m busy booking in plans that will hopefully help us to raise more cash next year.

“The charities do such amazing work, and we are so pleased that we can send them more than £5,000 to help them to keep going.”

Tania, and the rest of Hope’s family, are finalists in this year’s Proud of Barnsley Awards. They were nominated in the Volunteer of the Year category.