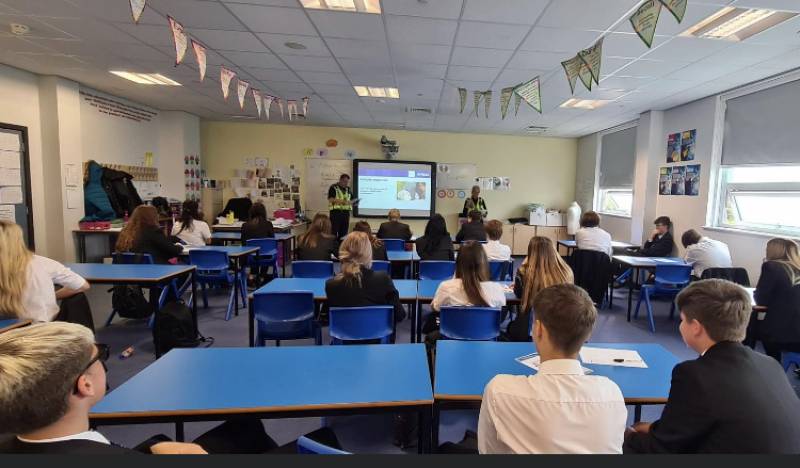 STUDENTS were taught how to recognise stalking and coercive behaviour in talks co-ordinated by local police officers.

Year ten and 11 students at Astrea Academy Dearne were briefed about the signs of abusive relationships in relation to the Alice Ruggles Trust.

In 2016, Alice was murdered by her former partner – even though she had reported him to the police on numerous occasions.

The trust was created by her parents and aims to educate people on the signs of stalking and coercive control – and provides resources to help people leave abusive relationships.

A spokesperson for the team said: “The lesson has received a positive response and we will delivering more to years 10 and 11 groups in the coming weeks. Both officers received a warm welcome from both pupils and staff.