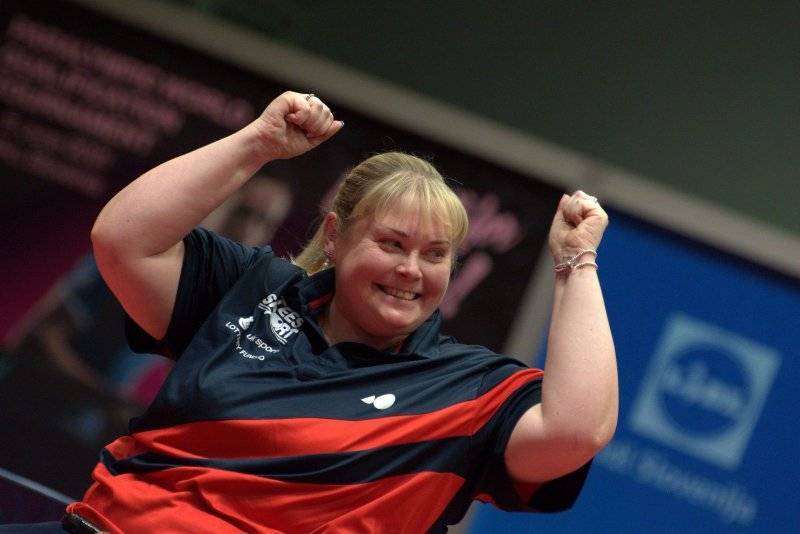 BARNSLEY’S two Paralympic heroes have been nominated for Proud of Barnsley awards after they both secured bronze medals in their events.

Sue Bailey won her medal in the table tennis doubles competition whilst Ian Sagar captained Team GB to a third-place finish in the basketball after a ‘soul-destroying’ semi-final defeat.

Sue, 48, from Dodworth, has been competing in the table tennis Paralympic event since 2000 though her medal this year is her first.

She teamed up with Megan Shackleton and beat players from Jordan to secure her first medal.

It’s back to normality for Sue now, who is a school teacher at Shawlands School, as she returned to work on Monday.

Bailey can add the Paralympic medal to her Commonwealth, world and European collection.

Sue said: “My parents both played table tennis in the local leagues so I got into it.

“When I went into a wheelchair, they inspired me to keep going and learn to play again.

“There are only a couple of us from Barnsley.

“I saw Ian around the GB base.

“It’s so nice to represent Barnsley at the Paralympics and for both of us to bring back medals.”

Sagar had missed out on a medal in London 2012 but managed a bronze four years later in Rio.

He added: “With us being the world number one team, we wanted to win gold.

“It was soul-destroying and very, very hard.

“There was an immediate sense of failure and we were almost embarrassed.

“But we had a big team meeting, talked it through and picked our heads up.

“We knew that, after all those sacrifices for us and our families, to go home empty-handed would be an absolute disaster.

“We didn’t want to let Team GB down.

“But we came back and won bronze.”

They have both been nominated in the Sporting Achievement category.