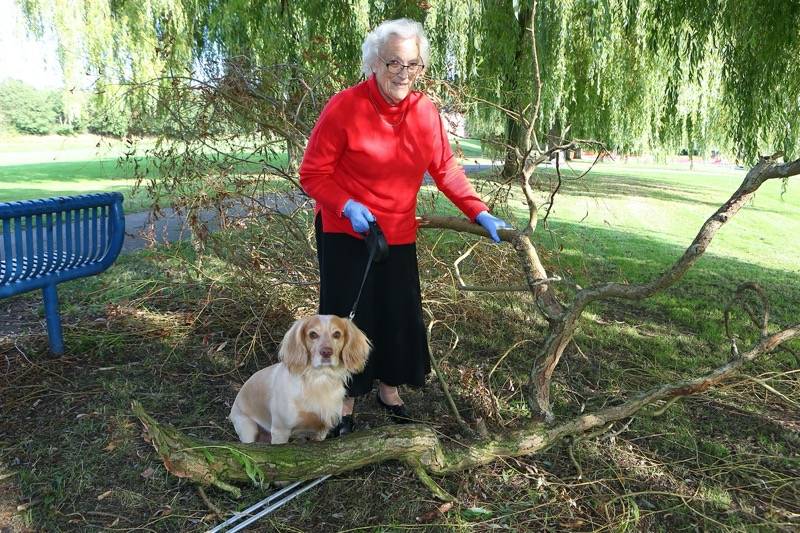 AN elderly woman narrowly missed being hit by a falling willow branch at a local park.

Bridie O’Brien regularly takes a seat at the same bench in Ardsley Park while walking her granddaughter’s dog Jax.

But if she’d have done so last Wednesday, she might well have been seriously injured by a heavy branch, the length of the bench, that fell from above.

“I take him out three times a day when I have him on Mondays, Wednesdays and Fridays,” said the 82-year-old former nurse who also picks litter in the park.

“I always sit there for a rest and I’ll throw the ball for him.

“We went back home for a cup of tea and a sandwich, and at about 2.30pm we went out again and I couldn’t believe it.

“It was so big, I pushed it the best I could but I couldn’t lift it.

“I would’ve been killed.

“I just want to make people aware, because the other trees there might be the same way affected.”