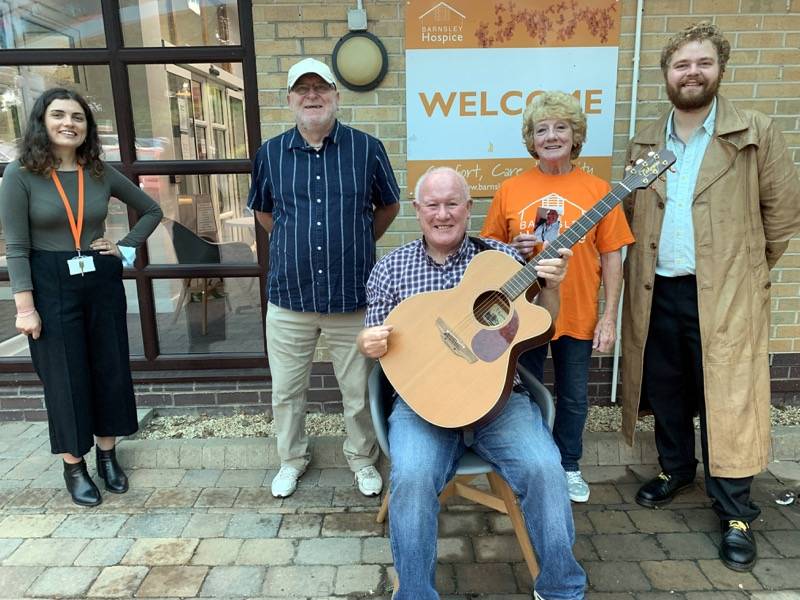 SEVERAL members of Barnsley’s entertainment community will come together to remember a much-loved singer and comedian.

Steve Riley, who died of a heart attack last year aged 70, raised thousands for charity in more than half a century touring the town’s clubs and pubs.

Family and friends, including Worsbrough Common singer and filmmaker Dave Cherry, have had to wait until now to properly commemorate his passing.

Dave, Steve’s uncle, is one of several performers behind a fundraising night for Barnsley Hospice – for which Steve was a prolific supporter – to take place next month.

“This is the first chance we have had to commemorate his passing,” said Dave, who worked with Steve on his Lamproom musical ‘The Old Club Trip’ which raised £24,500 for the hospice.

He has called his nephew a ‘legend’.

“He was a top line entertainer and is sadly missed,” added Dave.

“These acts are Barnsley’s finest and they have all volunteered to help us generate income for the hospice.

“It’s a once in a lifetime chance to see the town’s finest talent.”

Steve started out in the entertainment business at the age of 14, as the vocalist in The Beat Five, from Athersley.

He then went solo in the 1970s, often topping the bill at Butlin’s venues and seaside theatres.

Even though he became ill in his last 18 months, he continued to help partner Judy Holling, a charity worker at the Dodworth Barnsley Hospice donation centre.

Judy said: “Steve was very generous with his time and would always do his best for everyone.”