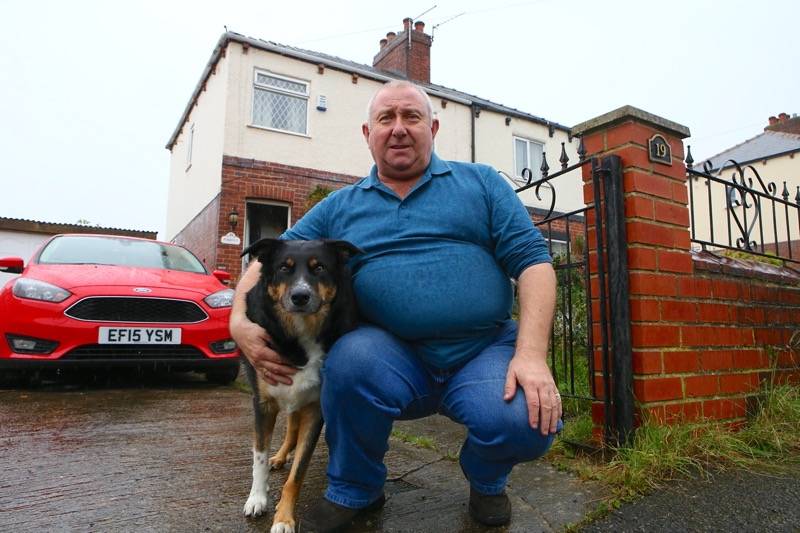 A MAN whose life was saved by his dog after a fire ripped through his home said he is ‘heartbroken’ after the death of his faithful border collie.

In October 2019, Ian Stubbs was awoken in the middle of the night by his then four-year-old dog, Sam. The dog was scratching Ian’s arms and face and alerted him to the fire which was spreading through his home on Hall Street, Wombwell.

“If he hadn’t woken me up I would’ve been dead,” said Ian, now 61. “The smoke was up to the ceiling and the fire alarms were going off but neither me or my father heard them.

“I remember telling Sam to go back to sleep but he kept whining and scratching me and it was only when I woke up that I saw the smoke and felt my throat burning.”

Ian said he was told he wouldn’t have survived if he and his father had stayed in the house any longer.

The fire was deemed to have started through a fault in a fridge-freezer and destroyed family photos and sentimental items.

“Sam saved two lives that day, and it’s something I will be eternally grateful for,” added Ian. “If he wasn’t there, me and my dad would have left that house in a body bag.”

On Saturday, Sam died from an infection caused by a recent operation.

“I am devastated about Sam’s death,” said Ian. “After the fire he became like my shadow and he followed me everywhere. I think he thought he had to keep me safe.

“He was the best dog anyone could ask for – now he is gone I am completely on my own. I keep putting my hand down as if to pet him, but he isn’t there.

“He saved my life, and I am sad that I couldn’t save his in the end.”