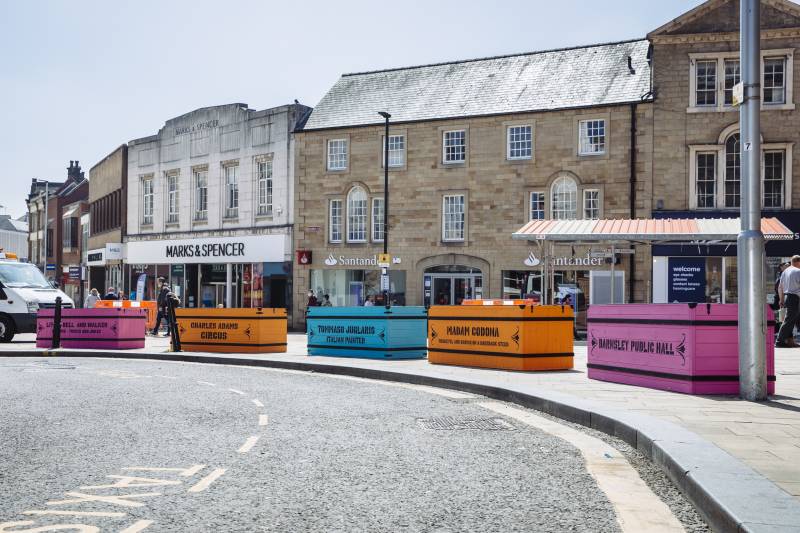 COLOURFUL artwork has lined the streets in the town centre in a nod to the town's performing past.

The Crate It artwork is on display on Eldon Street and reflects some of the history of the street back when it was the cultural hub of the town.

During the 1800s entertainers came from across the world to perform in the theatres on Eldon Street, including what is now The Civic.

A circus was also stood on Eldon Street in the 1870s and featured circus acts on horse-back which drew a large crowd.

Lenny and Whale said: “We hope our temporary crates installation will spark interest and intrigue in to Eldon Street's history, as well as create an alternative colourful seating area, whilst the town centre regeneration continues.

“On the day we were installing the artwork we had a great response from passers-by who liked the way the bold coloured crates brightened the area up and were intrigued to hear about the performers of times gone by.”