Departing Co-op manager is praised as a 'Godsend' 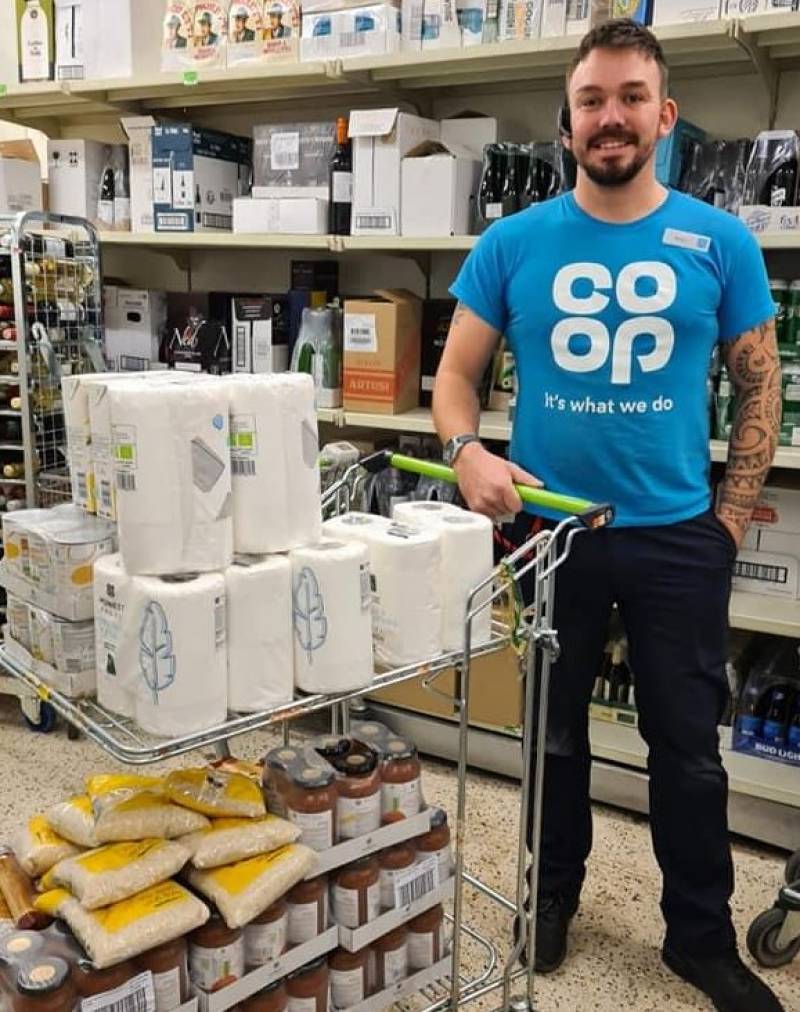 A SUPERMARKET manager who has helped a community group feed people throughout the lockdown has stepped down from the role.

Adam Wood, the store manager at Co-op in Royston, will bid farewell to the store after helping feed families throughout the pandemic.

During the first lockdown, Co-op, and other local supermarkets and their staff, found themselves on the frontline in a bid to feed the nation.

At the Co-op in Royston, Adam, 31, and the team stepped up to help the Royston Watch Crime and Safety Group which distributed food parcels to residents across the area.

This meant that they could then be given leftover and wasted stock to be distributed to feed vulnerable people across Royston.

As food donations for this group began to rise with increasing demand, another problem began to surface.

The group was running out of storage areas for food and stock, having used up members’ garage spaces and sheds.

After a conversation with Adam it was agreed that the Co-op would create a space in their warehouse so that the team had a hub.

This space was a lifeline to the group and meant they could continue with their increasing workload.

Sue McGougan, from Royston Watch, said “Adam has been a godsend to our group.

“His commitment to us has been outstanding, he has not only provided us with a base to work from, he has supported no end and has even donated food bought from his own pocket, we are saddened that he is leaving, but wish him all the best.

“We all wish Adam well and thank him for all his hard work, compassion and friendship over the last year, in particularly, for his part in helping to keep the community spirit thriving in the village of Royston.”