Lockdown has not deterred fly-tippers 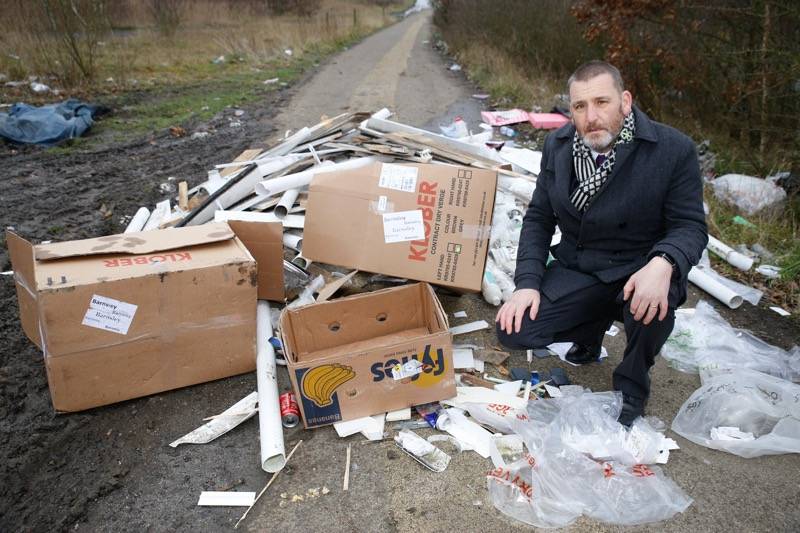 INSTANCES of fly-tipping rocketed by 35 per cent in a year dominated by lockdown, shock figures released by Barnsley Council have revealed.

When the first lockdown took hold in March, all waste and recycling centres were forced to close their gates to ensure the safety of others – a move blamed for an increase in dumps being left elsewhere.

Coun Chris Lamb, cabinet spokesperson for environment and transportation, said: “Unfortunately we have seen an increase in fly-tipping across the borough between 2019 and 2020.

Council licensing bosses have been urged to stiffen up licensing checks on hydroponic retailers across the borough amid claims that cannabis growers were dumping discarded drug farm equipment in secluded spots.

It’s been claimed this week that fly-tipping cases involving former cannabis-growing set-ups are on the rise across Barnsley, resulting in a Little Houghton Parish Council member urging the local authority to intervene.

Kevin Osborne, who discovered dozens of butane gas canisters fly-tipped on Park Spring Road near Little Houghton at the weekend, said the police should also investigate.

“These are used to extract butane hash oil (BHO) from cannabis,” he added.

“BHO can have a tetrahydrocannabinol (THC) concentration of approximately 80 per cent, when in comparison traditional cannabis has between ten and 25 per cent.

“This is not a victimless hobby – it is organised crime – and I believe cannabis-related fly-tips should be reported to the police as potential evidence, rather than just being treated as generic fly-tipping by the council.

“In my experience there’s been a marked increase in the dumping of cannabis-growing waste and associated equipment across the Barnsley countryside.”