Buglar bids a fond farewell with the Last Post 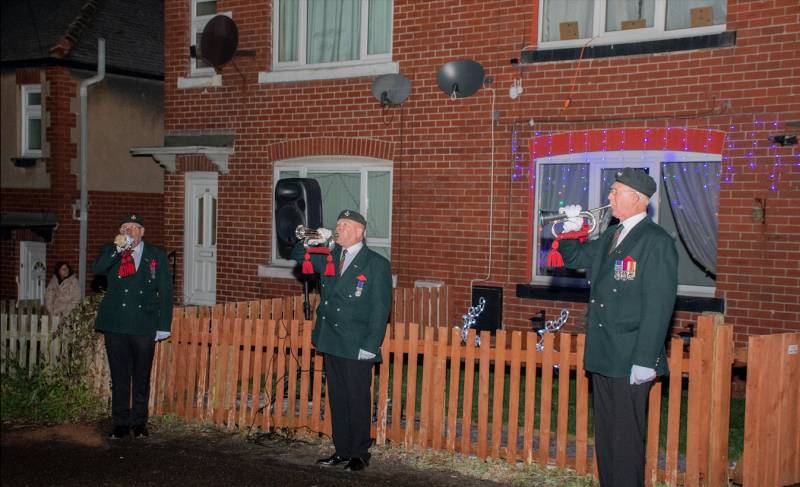 THE Barnsley bugler who has live-streamed himself playing The Last Post for those affected by the coronavirus pandemic performed for the final time on New Year’s Eve.

Paul Goose, from Cudworth, was cheered on by his neighbours who stood on their doorsteps to applaud Paul for this tireless efforts since March.

The 53-year-old, who has helped to raised £10,000 for Barnsley Hospital workers, was emotional as he paid a final tribute to those who had lost their lives due to the virus.

Paul was joined by fellow buglers Pete Bate and Brian Johnson and bikers from the Royal British Legion as he bid farewell to his nightly tradition.

He said: “Even though initial plans had to be downscaled because of tighter restrictions, it was still absolutely amazing.

“The atmosphere was unbelievable as many of my neighbours came out to support me for the final time.

“I can’t thank everyone enough for coming out and making my last official show a special one.

“I started this back in March following the number of deaths affecting people across the borough. I didn’t expect the reaction I had.

“More story has travelled around the country with many highs and lows but the priority has always been those who we have lost to the virus in Barnsley.

“I gave a speech where I tried to thank everyone for their help and support. After the final Last Post, we set off fireworks. It was incredibly emotional.

“I hope these shows have offered a small amount of comfort to those directly impacted by the virus.

“If I didn’t stop now, who knows how many more years I would be doing.”