Running duo are spurred on by family losses 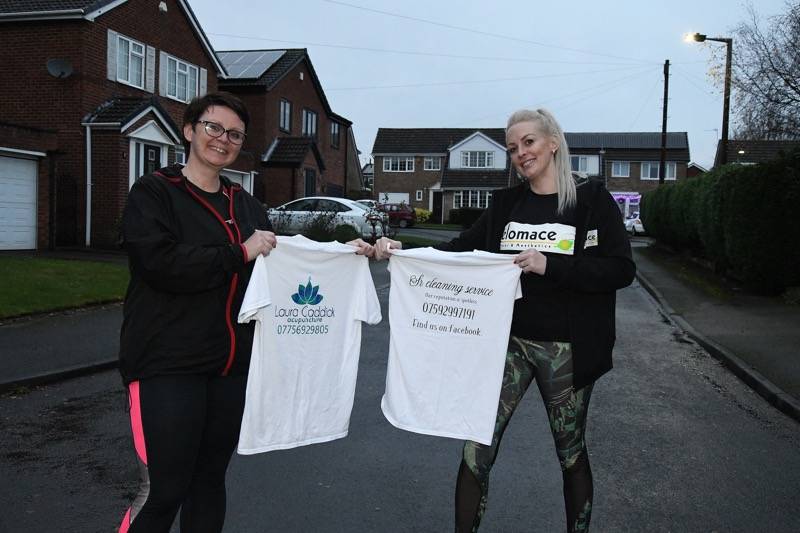 It was an idea sparked by the two discussing their grandmothers, who at the time were staying in two of the borough’s homes.

But shortly before the challenge started, Claire’s grandmother – who had stays at Riverside, Monk Bretton and Kexborough House, Darton – died.

And a day before the two finished running a combined total of 176km, Jenny’s grandmother died while at Highgrove care home, Stairfoot.

“We want to make sure other families can see their relatives at this time of year,” said Jenny, of Oakdale, Worsbrough Dale.

“I was hoping my nan would be alive to get some use out of it.

“She suffered a lot towards the end, but I think that spurred us on to do as much as we could.

“Claire told me that when her nan died, she was outside the home and couldn’t go in to even see her.”

Care homes around the borough – including Highgrove – have looked into visiting pods, where windows and rubber gloves mean families can see and interact with loved ones.

Jenny and Claire have raised almost £700 to go towards setting up the spaces at the homes their relatives spent their last days in.

They ran three times a week and connected through phone app Strava, which let them track each other’s runs.

They aimed to do 80km each over four weeks, but Claire ended up going a little further.

“I like running – although a bit less now as my knee is knackered,” added Jenny, who runs a semi-permanent makeup and laser treatment business.

“It started as a bit of fundraising, while my business was closed, but turned into something more.

“We were a bit out of the loop with running, so I think we were a bit cocky aiming for 80km.

“Claire finished off with a half-marathon but by that point my knee was completely done.