Festive season is lit up... 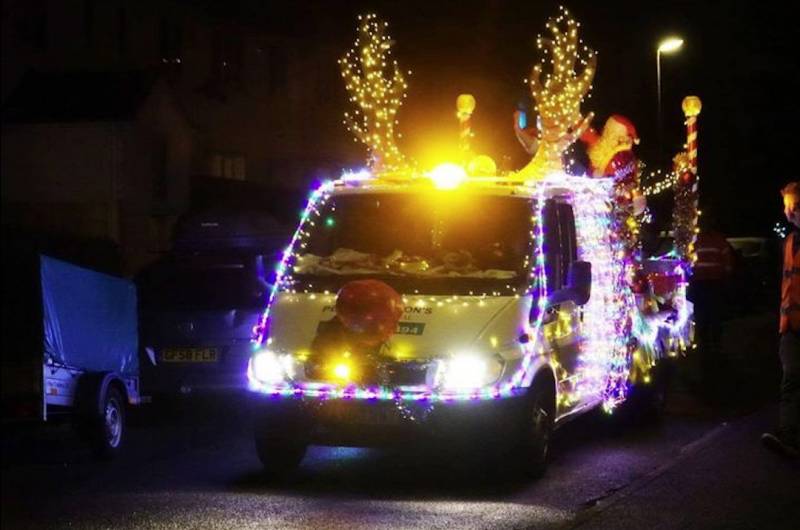 A FAMILY transformed their van into a reindeer sleigh to bring some Christmas cheer to families who haven’t been able to meet Santa this year.

Stacey Richardson, her partner Wayne Essex, niece Deon Sales and partner Chris Pearson, from Bolton-upon-Dearne, have teamed up to make residents smile in the run-up to Christmas.

The group have transformed their van into a reindeer sleigh whilst making their own festive costumes including Mr and Mrs Clause and his elves.

In the evenings this week, the crew have been driving around different neighbourhoods smiling and waving at families who haven’t been able to visit Santa this year.

Stacey said: “This started off as a funny idea over the dinner table but it quickly escalated until we actually started planning it.

“We made a Facebook group and told people our plans. Amazingly, it had a great response from people wanting something to look forward too.

“We’ve made the decorations and costumes ourselves from scratch and are really pleased with how it came out.

“We started in Bolton-upon-Dearne and the reception was overwhelming. Loads of families were waving and cheering at Santa and jaws were on the floor.

“Because of the demand, we’ve also visited Goldthorpe and Thurnscoe.

“One person said that it was the highlight of their year. It’s things like this that put it into perspective.”

The crew believe that the idea of making other families smile was the thing that inspired them.

“It’s been such a difficult year for everyone and we wanted to play our small part in making people smile,” Stacey added.

“We’re hoping that this helped in cheering people up across the community.

“I think we’ll have even bigger and better plans for next Christmas.”