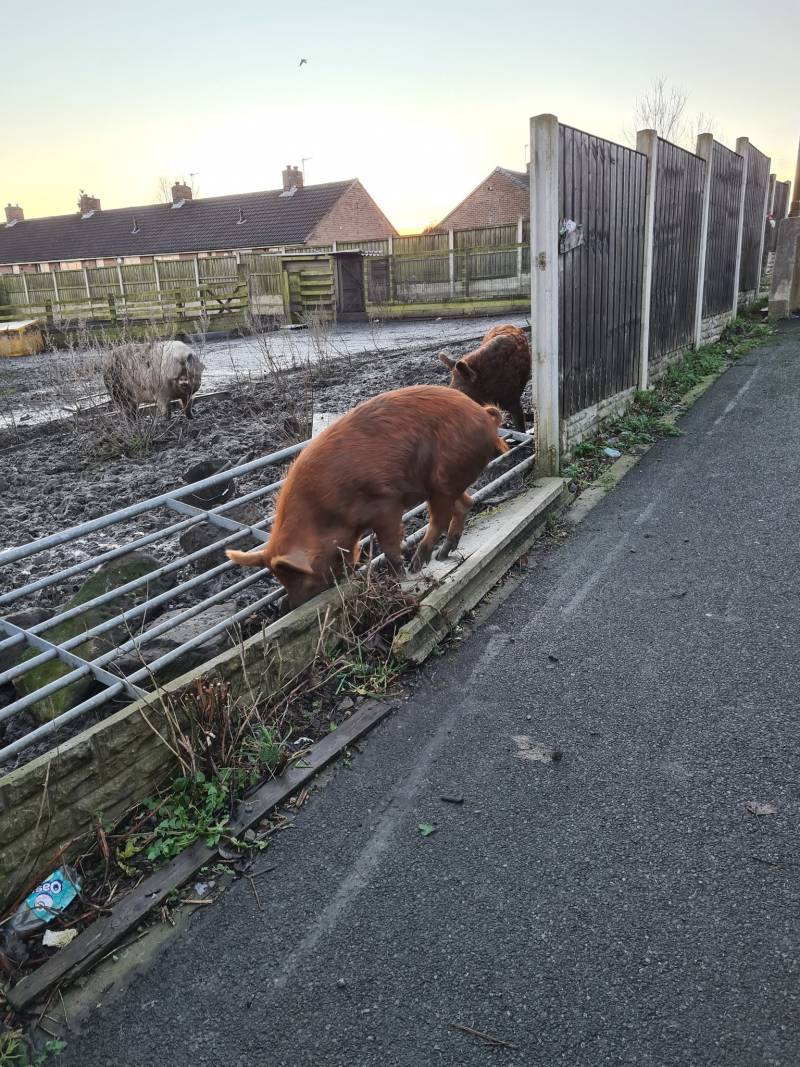 THREE loose pigs have been spotted roaming the streets of Monk Bretton this morning.

The pigs are believed to have escaped from a nearby farm and were spotted wandering around the streets near The Pheasant pub, on Cross Street.

Motorists driving through Monk Bretton are asked to drive carefully to avoid injuring the animals.

The owner has reportedly been contacted to take them back where they belong.