Paul to bow out of bugling this New Year's Eve 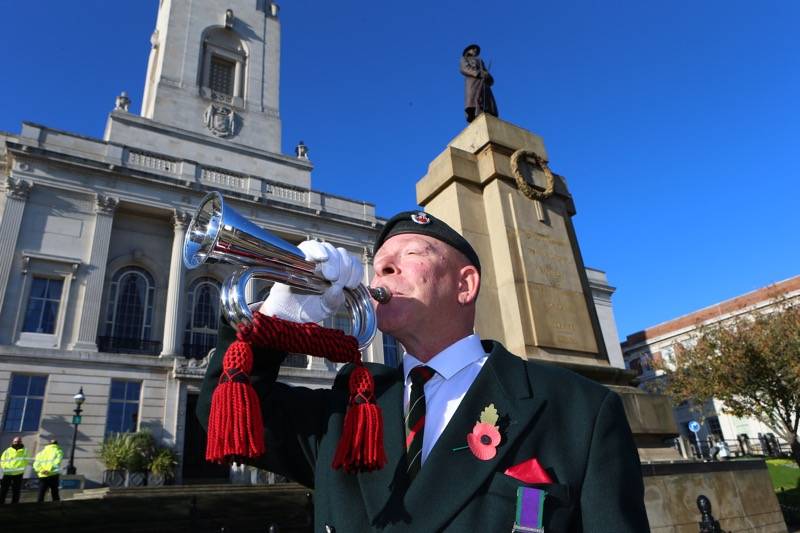 THE bugler who has raised nearly £10,000 for Barnsley Hospital will end his nine-month-long tribute on New Year’s Eve.

Paul Goose, from Cudworth, began his nightly tradition in March of playing The Last Post live on his Facebook page.

After raising almost £10,000 and reaching more than 1,100 signatures in a petition to give him a Guinness World Record for his efforts, Paul’s tribute is set to come to an end.

The 52-year-old veteran has now announced that his daily tributes will end on New Year’s Eve but hopes the spirit of The Last Post continues.

He said: “I’ve been doing this for nine months now but I think it’s time to hang up the bugle following the year we’ve had.

“It’ll be an emotional night on New Year’s Eve, we’re already preparing for the last hurrah.

“It’s been a major part of my life for most of the year, and it’s been a struggle to keep up at times.

“But the thought of those who have been affected by the virus in Barnsley has spurred me on every step of the way.

“Hopefully we can look forward to numbers of cases falling in 2021 and we can return to some sort of normality.

“Until then, I’ll continue to blow my bugle for people across the borough while I can. I can’t thank everyone enough for their support.”