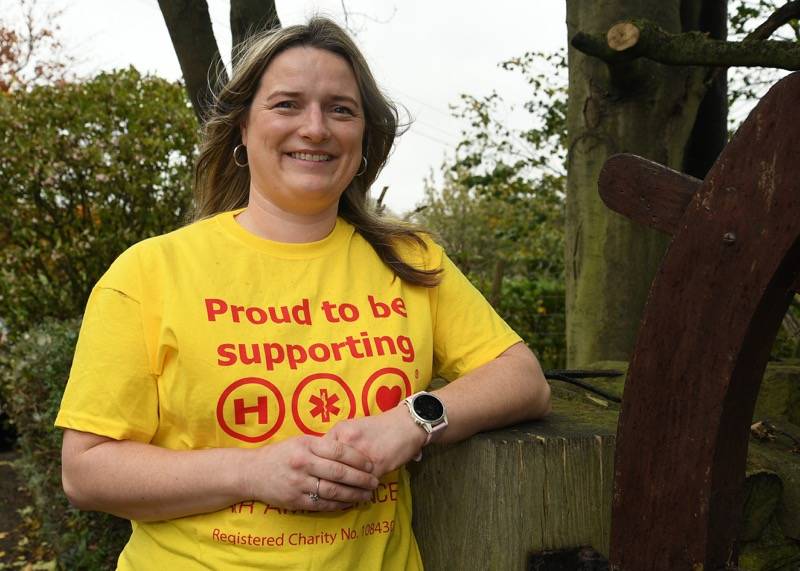 A KEEN fundraiser who has raised more than £9,000 for various charities across the borough has been nominated for a Proud of Barnsley award for her efforts.

Claudia Thompson, founder of the Highwood Hobble, which is held at her farm in Darton, has helped to raise vital funds for charities by running 5km marathons every single year.

Before the pandemic, the group chose to donate their funds to Yorkshire Air Ambulance (YAA) this year by taking part in the event.

The race, which is a multi-terrain run, walk or hobble, also features a children’s ‘mini hobble’ for ages eight and under, and nine and over.

With plans halted, Claudia is looking forward getting back to the fundraising when it’s safe to do so next year.

“It’s a massive shame that we’ve had to put plans on hold for this year’s fundraising, but it’s the safest thing to do,” said Claudia.

“We have a lot of events in the pipeline for next year which will hopefully bring in even more donations.

“Away from Highwood Hobble, I try to take part in sporting events throughout the year to fundraise for a charity of my choice.

“This year, I was meant to take park in events such as the Leeds 10K, the Prudential Ride London 100, and the Great North Run.

“It’s been difficult for everyone this year but I’m really proud to have raised this amount since we started.”

Claudia’s tireless fundraising has bagged her a nomination in this year’s Proud of Barnsley awards in the Fundraiser of the Year category.

She said: “It’s such a surprise to be nominated and completely unexpected.

“Especially this year when things haven’t gone to plan amidst the pandemic, but I’m incredibly proud and chuffed.

“Hopefully we can continue to raise lots of money for the Yorkshire Air Ambulance as it is a brilliant cause.

“Thank you for everyone’s support.”