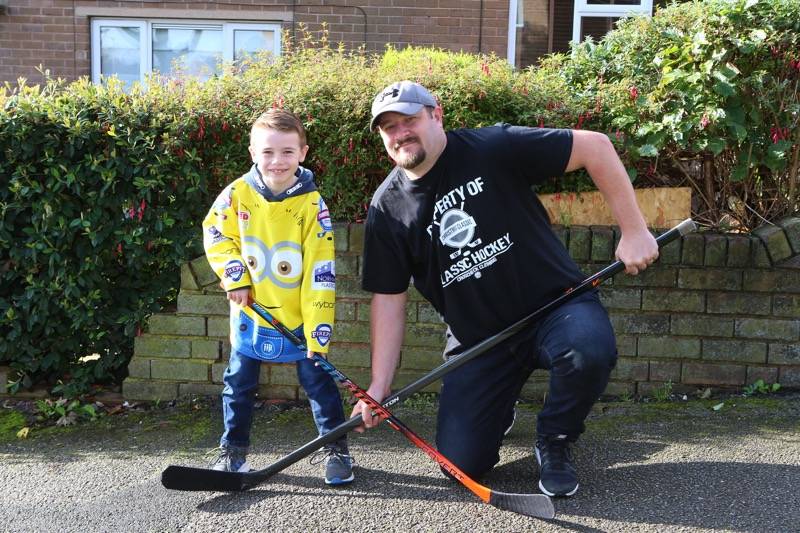 A HOYLAND man who has helped to raise more than £100,000 for local charities with his ice hockey tournaments has been nominated for a Proud of Barnsley award.

The 38-year-old, along with fellow organiser Craig Smith, was also inspired to donate toys to the children’s ward at Barnsley Hospital following a visit with his children.

Matthew said: “We’ve been doing these events for a few years now after first playing at a charity event in Sheffield years ago.

“Players and supporters give up their time to play these two matches a year with all the proceeds donated to important charities.

“I think this year in particular has highlighted the importance of our NHS so I’m thrilled we can help out in whichever way we can.”

Matthew has been impacted first-hand by the work both Barnsley Hospital and the Children’s Hospital Charity do which encouraged him to help.

“In 2018, my dad was diagnosed with prostate cancer which really hit home how necessary our hospitals are.

“When being at the children’s ward at Barnsley Hospital, I could see how some of the toys had been damaged over time and knew I could help.

“Last year, we encouraged people to bring unwanted toys to the game – this led to us bringing boxes and boxes of toys for the hospital to use.

“These included £10 video game vouchers for the older children which the hospital could distribute where they saw fit.”

Matthew’s generosity has landed him a nomination in the Charity Fundraiser category at this year’s Proud of Barnsley awards.

“I’ve always aimed to do my bit where I can. I’ve been involved with the sport for years and know how generous the community is.

“Christmas can be a tough time for people so for us to help either financially or through donations will hopefully make a big difference.

“In the current climate, we’ve had to postpone our summer and most likely Christmas events but I’m keen to continue to fundraise in any way I can in the meantime.”