Hang on... is this the biggest bloom in town? 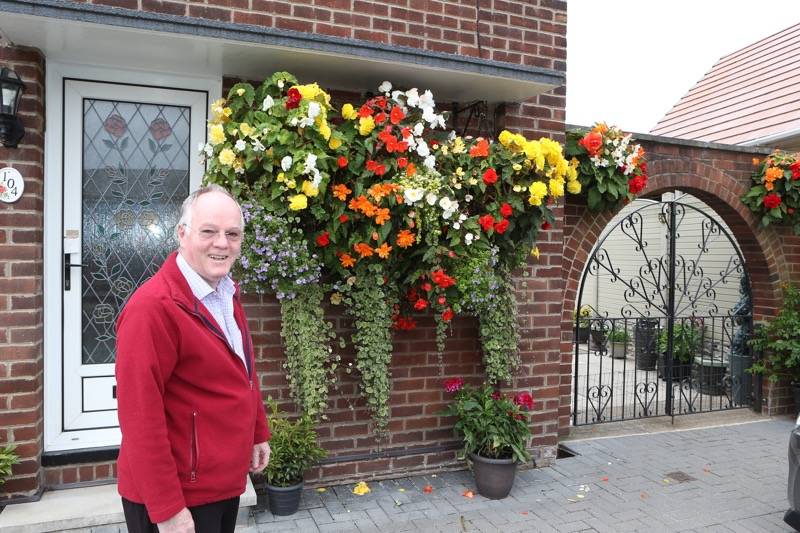 A MONK Bretton street may just be home to Barnsley’s largest hanging baskets.

The baskets, on Fish Dam Lane, are more than a metre in length – but the owners, 69-year-old Hazel and Walter Bristowe, say it’s something they’ve been doing for years.

Hazel said: “We’ve had a few people who always walk past and say they look lovely which is nice to hear.

“We’ve been doing them for six or seven years now, but we’re getting old so having to go up and down the ladder is getting harder for us – they’re around about a metre from top to toe.

“I’ve lived on Fish Dam Lane since ten years old, and then when we got married we moved about twenty doors up and we’ve lived here ever since – we’ve been married for 51 years.”

Do you think you have a bigger hanging basket? Send your photos in to jacktolson@barnsley-chronicle.co.uk.