Boys in the Hood busk to raise cash for young Louie 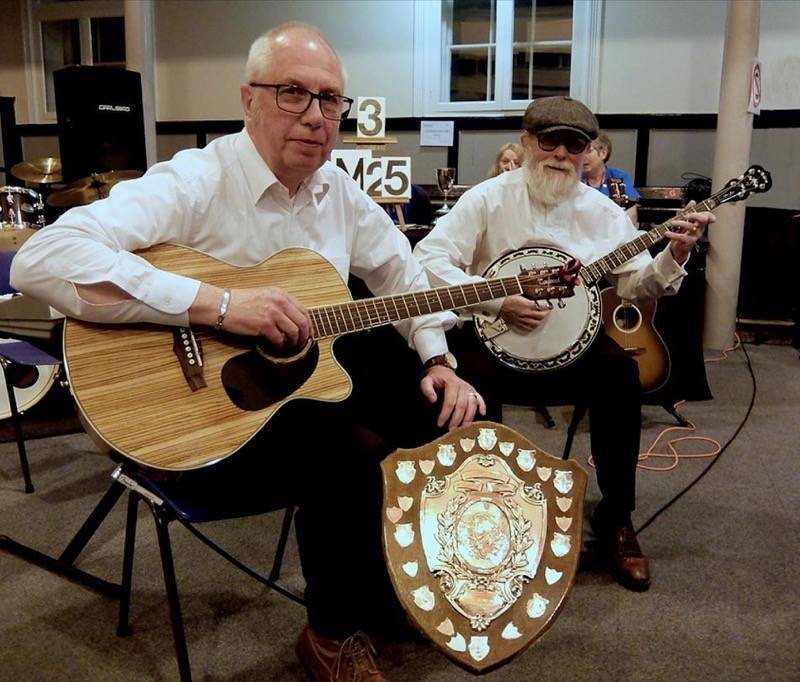 A BARNSLEY band took to the town’s streets to busk for Louie George – a youngster from Mapplewell diagnosed with spastic quadriplegic cerebral palsy.

Alan Jones, 70, of Wakefield Road in Smithies, has been performing with his friend Dave Alton – forming two thirds of their band Barnsdale Hood – to raise money for young Louie.

Louie was born prematurely at 28 weeks and has quadriplegic spastic cerebral palsy, periventricular leukomalacia – a brain injury where cysts form on the brain – and global development delay.

Dave plays on the six-string guitar, Alan on the tenor guitar and banjo, whilst Bob Wadsworth, the final member of the band, plays the drums.

The band first got together in 2016 to play at the Live in Barnsley festival, and have also played for BBC Countryfile Live and many other festivals since.

Alan said: “Dave knows of Louie’s parents because he lives in Mapplewell, and so we decided to try and raise some money to get him to America.

“We go out busking for around two or three hours every week, weather dependant, to raise the money because we are a non-profit band and we do just play for charities.

To donate to the band’s fundraising attempts, you can watch their busking performances on Wednesday from 10am, across from Boots in the town centre.

Or to donate directly to Louie George’s appeal, click here.