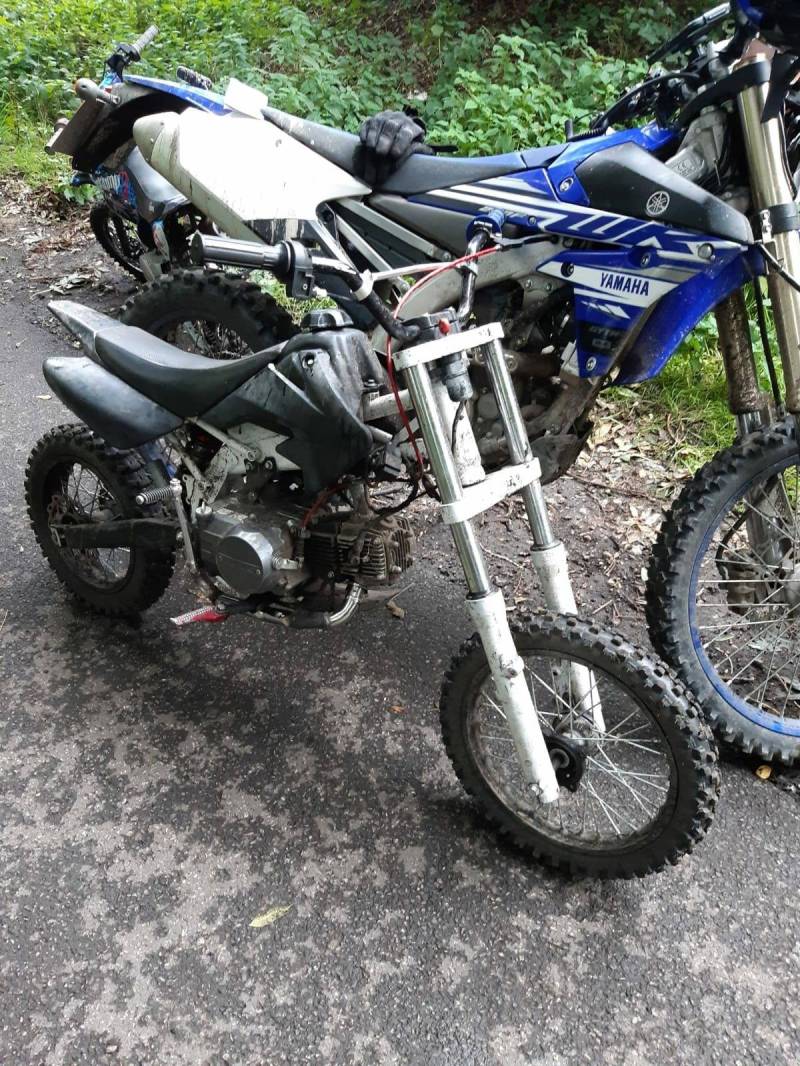 A POLICING team seized five bikes along the Trans Pennine Trail on Sunday.

The South Yorkshire Off Road Team seized the bikes on Edderthorpe Lane, Darfield, and the paths leading to the Trans Pennine Trail on Sudnday, October 4.

A spokesperson for the team said: “Two pit bikes were chased with one rider ending up inspecting the bottom of a ditch. The bike with its unique sock air filter was seized for no insurance and the driver dealt with for driving offences.

“We also stopped the rider of a GAS GAS bike who was found to have no insurance and no bike licence. His bike was seized.

“While we were dealing with a puncture, the rest of the team stopped ans seized another three pit bikes for no insurance.”