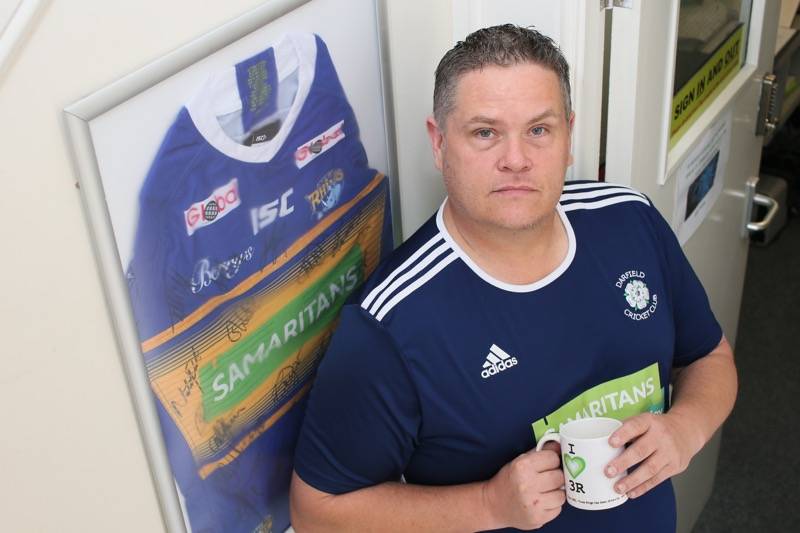 THE coronavirus crisis has seen many struggle with their mental health – but Barnsley Samaritans has been working flat-out to ensure they’re supported.

The charity, based on Pitt Street West, has been nominated for a Proud of Barnsley award in the Charity of the Year category for its efforts.

The groundwork had already started months before lockdown saw people consigned to their homes, according to Grant Fieldsend, who’s overseen a push by the charity to become more embedded in Barnsley’s community.

“Rather than having one project on the go at once, we’ve looked at ways of having five or six running at the same time,” said Grant, a listening volunteer who also organises outreach, partnerships and publicity.

“We’ve put a lot of extra work in, doing all these projects at the same time. We’re quite busy, but it’s very rewarding work.

“We were getting calls every six seconds, even before lockdown.

“People need us now more than ever. It’s a bad time with people losing their jobs, and all the uncertainty and isolation.

“We’ve had to use a different approach to getting into people’s homes, and we’ve had to do it in isolation.

“All our awareness events have been suspended – so it’s working out how to help people without having that presence.”

Barnsley Samaritans’ approach has included partnering with other organisations, such as local food banks which provided leaflets with their deliveries to residents.

Before lockdown, the charity had also increased its work with local sports teams to raise awareness of men’s mental health – with teams hosting banners and wearing t-shirts with Samaritans’ recognisable branding.

Its most recent project has been to work with the council to place signage in every one of the borough’s parks.

“Our volunteers have worked nights and weekends to push that project forward,” said Grant.

“We can see the benefits of what we’re doing.

“We’re getting more calls off the back of what we’re doing in the community.

“Samaritans isn’t all about suicide.

“It’s about making sure Barnsley is more supported.”