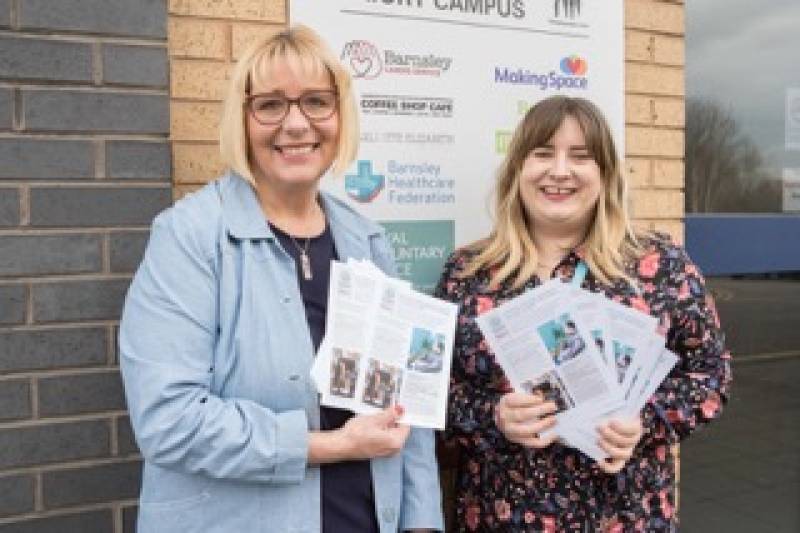 A CHARITY which supports survivors of human trafficking has been nominated for a Proud of Barnsley award after expanding into the borough earlier this year.

The Snowdrop Project offers support to victims of modern slavery after their initial five-year support plan from the Home Office.

Hannah Rudman, 28, is the area lead for the Barnsley branch of the charity and admits that lockdown has scuppered their plans – though they hope to be back up and running at some point next month.

She said: “It’s a strange year to set up and expand but we’re hoping that at some point in September we can get back involved – we opened the Barnsley branch and then a month later we went into lockdown.

“We want to, depending on guidelines put in place, introduce some community activities like we do in Sheffield.

“Things like a toddler group, dance groups and art therapy events are all activities that we want to bring to Barnsley too.

“We recognise that what a lot of people struggle with is feeling isolated, so we try and help with the language or childcare barrier and we’re keen for Barnsley to have a similar impact.”

Hannah has been with the charity for the last two years and still has clients that she originally started with – something that she hopes to continue into the town.

“We’re here to offer long-term support, there’s no time scale set for a how long we can work with a particular client,” she added.

“We had money available to allow us to expand so I started looking around South Yorkshire about where we could start, and it made sense to move into Barnsley.

“There’s been meetings with other agencies and there’s so many grassroots organisations in the area – I’m excited to get working here, the community spirit that’s in the area is greater than anywhere I’ve worked before.”

Upon hearing of her nomination in the Charity of the Year category, Hannah added: “It’s lovely that someone has nominated us – it’s great to be recognised.

“It is a bit of a surprise that we’ve been nominated because we’ve only just started up here but it’s fantastic that this has happened.”