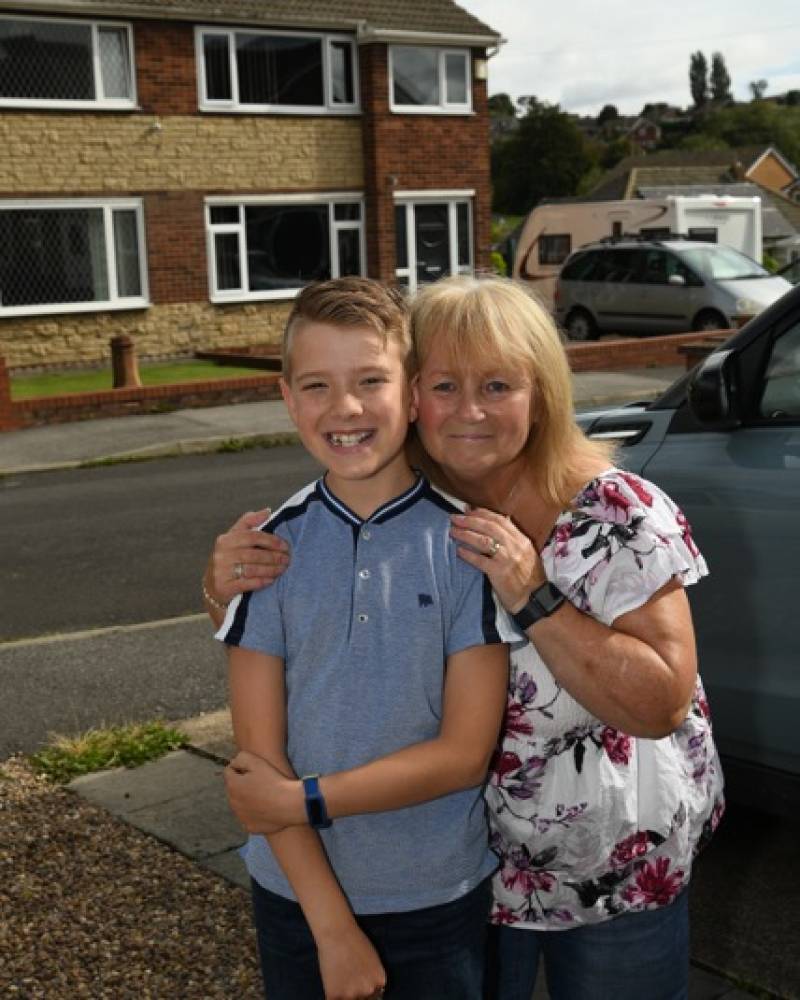 A YOUNGSTER from Ardsley who has been supporting his Parkinson’s-suffering neighbour throughout lockdown has been nominated for a Proud of Barnsley award.

Sandra Salisbury, 54, was asked by some of her friends to attend a walking group at the beginning of lockdown to help improve with her mobility as she has Parkinson’s, but was reluctant to do so and instead was close to getting a mobility scooter.

However 11-year-old Alex Vaines, her neighbour, decided that he wanted to help her reach her goals and ever since Sandra has gone from strength-to-strength and can now walk 40 minutes at a time.

Sandra said: “Alex offered to help me when I told him about the walking group and he’s helped me every single day since – it doesn’t matter what the weather is he’s always outside waiting for me.

“I have some good days and some bad days because I have Parkinson’s, but he’s always pushing me no matter what and it’s so encouraging that he’s willing to do something like that for me.

“He’s such a role model and he’s so incredibly selfless – I can’t believe what he’s doing for me as an 11-year-old boy, I get so emotional speaking about it.

“Even before this when my husband died a couple of years ago, he went out of his way to give me a hug – he’s such a caring boy.”

Alex’s mum, 49-year-old Angela, added: “Alex wanted to help support Sandra in anyway that he could and he’s not just been helping her with her walking, she was shielding during lockdown so he’s been speaking to her over the wall and sending her cards too.

“He’s done so well to help her and I know that whenever Sandra reaches another goal there’s such a sense of achievement there – he’s always pushing her to do her best and encouraging her too.

“It’s remarkable for a child his age to be helping other people and he’s not just helping Sandra either, there’s another man at the walking group who he’s been helping and he says that Alex has made him look forward to attending the group.”

Upon hearing of Alex’s nomination in the Young Superstar category, Angela said: “I’m so proud of him, he’s been so brilliant with Sandra.

“He’s even said that when he goes back to school he’s going to go walking with her on the weekends and evenings and I can’t think of many kids his age that would be willing to do that.”