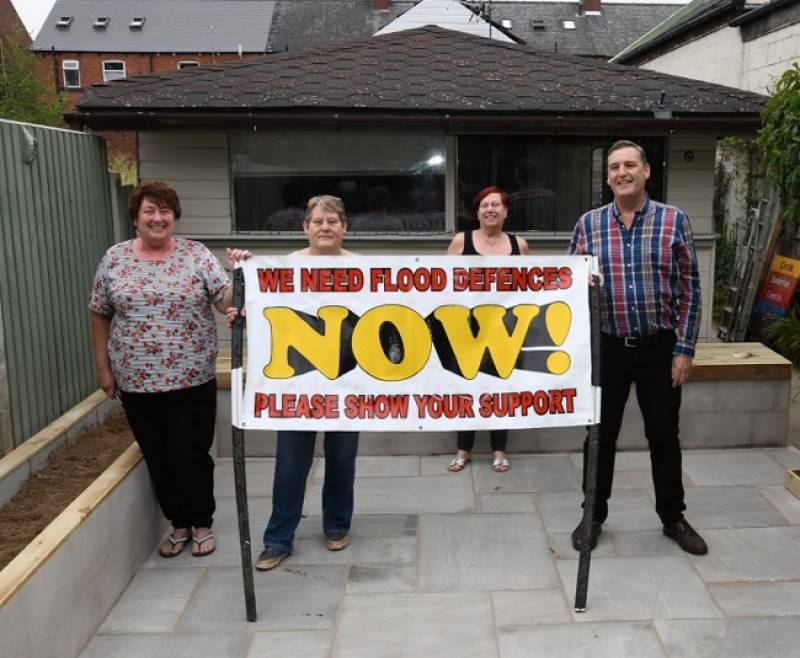 A GROUP of residents who have been blighted by floods have been nominated for a Proud of Barnsley award for their fundraising efforts to supply hundreds of sandbags.

The Low Valley Flood Group, which began in 2007, have supplied people with flood defences to protect their homes following severe floods in November last year.

The community group has spent the year campaigning with councillors for my flood defences across the borough and have continued to fundraise for repairs and sandbags.

Sue Bradshaw, chairwoman of the group, has commended the volunteers for their efforts through adversity.

She said: “The floods in November hit our community hard and I know a lot of us are still recovering from this.

“Some people on Station Road are only just getting back into housing, it was devastating.

“This is something that can be prevented and that affects everybody in the same way. It’s so important that things are in place to minimise the amount of damage.

“We continue to apply for extra funding and fundraising in the best ways we can. This has obviously slowed during the Covid-19 but we’re raring to get going again.”

The group have had to overcome setbacks from people who have stolen the sandbags laid out for defence purposes.

“We have raised enough funds to lay sandbags and scaffolding boards along the banks of the River Dove in a bid to protect residents.

“We’ve had some setback with people stealing the sandbags which is very disheartening – but we just power through and help each other in the best way we can.”

The Low Valley Flood Group has been nominated in the Community Group category in this year’s Proud of Barnsley award.

“It’s absolutely amazing to be nominated for a Proud of Barnsley award. I’m so excited that we’ve been recognised and that our efforts have been appreciated.

“This is a team effort so to be nominated together is fantastic.

“The group was set up in 2007 by my husband, so I would like to dedicate this to the work that he started.”