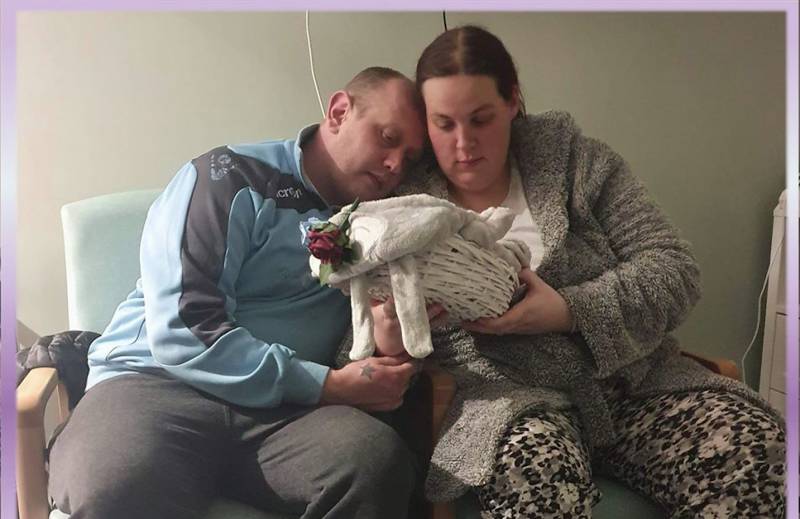 A COUPLE who are campaigning for a change in the law to recognise stillbirth at an earlier stage after their twins died 17 weeks into the pregnancy have been nominated or a Proud of Barnsley award.

Robert and Kylie Osbourn, of Cudworth, were delighted when they discovered Kylie was pregnant in March after four years of trying to conceive.

The couple were due to begin IVF treatment, but Kylie fell pregnant naturally and discovered they were expecting twin girls.

However, early into the pregnancy, Kylie began experiencing bleeding and was told that the babies were suffering with twin-to-twin transfusion syndrome.

The syndrome occurs when identical twins who share a placenta experience an unequal blood flow, meaning one baby receives more nutrients than the other.

The couple were told at the 17-week scan that the smallest twin was struggling and they were sent to London for an emergency laser ablation, a procedure used to seal off some of the blood vessels in the placenta so that both babies receive a more equal supply of blood.

Following the procedure, Kelly’s waters broke, and the next morning a scan revealed that both babies, named Rosie-Jean and Maisie-Ann Osbourn, had died.

“It was absolutely devastating,” said Rob, 30. “We were so excited to be parents and to hold our little ones and to have that ripped away was devastating.

“We had been trying for so long and were about to have IVF so we were so overjoyed but then it all came crashing down.”

Rob and Kylie are now campaigning for a change in the law after their babies’ deaths were legally classed as a miscarriage - and not a stillbirth.

“On the worst day of our lives we were told that we couldn’t register a birth or death certificate because the girls were classed as a miscarriage,” added Rob.

“It was like a slap to the face because we had loved them and were so excited to bring them home. My wife had to give birth to our daughters and that’s why we feel that their deaths shouldn’t be classed as a miscarriage.”

A miscarriage is defined as the loss of a pregnancy in the first 23 weeks - something Rob and Kylie are campaigning to be changed to prevent others from experiencing what they have.

“I don’t want others to be told that their babies didn’t count,” added Rob. “We wanted our babies and we have photos of them. They had a heartbeat and faces, they were small babies.

“We want other babies, like ours, to have the same rights as a stillbirth so the families don’t have to go through the same heartbreak as we have.”

The couple created a petition which has so far garnered 600 signatures. They have also contacted their local MP, Stephanie Peacock, and will write a letter to Downing Street to help further their cause.

Thanks to their dedication to the issue, the couple have been nominated for a Proud of Barnsley award in the Triumph Over Adversity category.

“I am shocked,” said Rob. “I wasn’t expecting this at all.

“In a way I am happy because it shows that people have taken note of our cause.

“We want to help bring about a change in the law and we will keep fighting until our last breaths to make sure other families can register their babies.”