Trader relieved to be back on the market 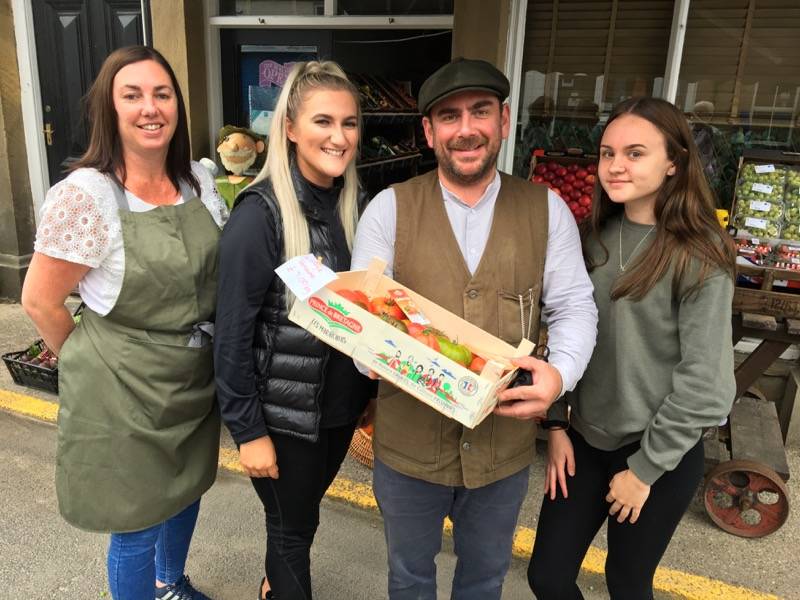 A POPULAR fruit and veg shop has reopened on Penistone High Street after the coronavirus pandemic forced it to close its doors.

Mark Beevers reopened his store, Penistone Fruit and Veg, nearly two weeks after taking the painful decision to close when a staff member tested positive for the virus.

What happened after that was, he says, ‘a shambles’.

And it came with the irony that Mark’s shop was a lifeline for hundreds of Penistone people throughout lockdown, delivering provisions to housebound customers to help stem spread of the disease.

Problems began on July 27 when Mark and his staff decided to take a coronavirus test as a precaution – and one worker tested positive.

“Subsequently, all other members of staff took a test, even though the results were negative,” he said. “Following government guidelines and extra precautions, it was with great sadness that the shop closed and we ceased all deliveries with immediate effect.

“This has been a really difficult time for my staff and me as we have all worked extremely hard over the last few months. But, of course, people’s safety had to come first.”

In the intervening days, staff and family members have taken a number of tests and all have been negative. The shop premises have also been deep-cleaned and stock replaced

“The lady who tested positive has spoken to a doctor and been told to carry on with her life,” said Mark. “The positive test must have been wrong. She has had two tests which were negative and her husband and son were also clear.

“It has been a complete shambles.

“I have lost more than a week’s trade but still had to pay wages and cover other costs. I now have to build trust back up again. It is scary stuff.”

As he reopened the shop yesterday at 7am, deliveries were also resumed.

Thankfully, he says, there have been messages of support from lots of customers.

“The one thing that has come out of this is that what we have lost in trade we will have gained in trust,” said Mark. “I am so proud of my team. I thank everyone for all the kind words and support through this difficult time. Let’s just hope good news travels as quickly as bad news.”