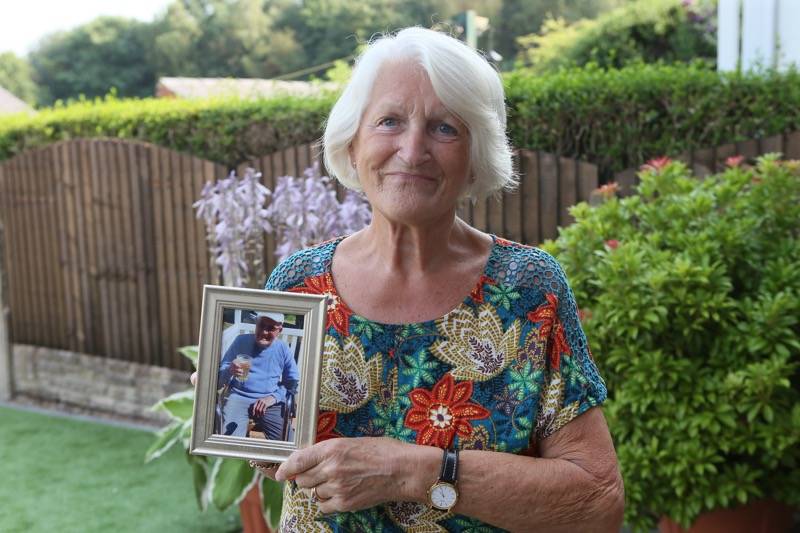 A WOMAN whose husband lived in a care home has thanked staff for the care he received while there as a resident.

Les Hamby was a resident of Autumn House Nursing Home for two years before his death aged 82 on July 26.

His wife, Pauline, said the care he received at the home was ‘exceptional’ and wants to thank the staff at the nursing home for the care they provided Les.

“They were absolutely amazing with Les,” said Pauline, 79, of Barnsley Road, Dodworth. “They were like family and they made sure that he was well cared-for.

“I can’t fault the way he was treated. When he moved into the home I was upset because I didn’t know what would happen but the staff are exceptional and cared for him like he was their own family.

“He loved the home that much that he referred to it as ‘home’, he was really happy there.”

“He was a lovely man who was very family oriented,” added Pauline. “He never raised his voice or got angry.

“We have been on many adventures together and were planning a celebration for our 60th anniversary. I miss him dearly.

“He was in hospital before he died and he kept asking to go home. I am glad he was in a place that cared for him and looked after him well.”

Karen Wilkinson is a senior carer at Autumn House and looked after Les while he was in the home.

She said: “Les was such a lovely man who will be missed by all of us here at Autumn House.

“In the time he was here, we thought of him and Pauline as family.

“We always try to provide a high quality of care to all our residents and to make them as comfortable as possible during their stay. It’s lovely to hear what Pauline has said about the home and it makes us strive to keep providing quality care for all our residents.”