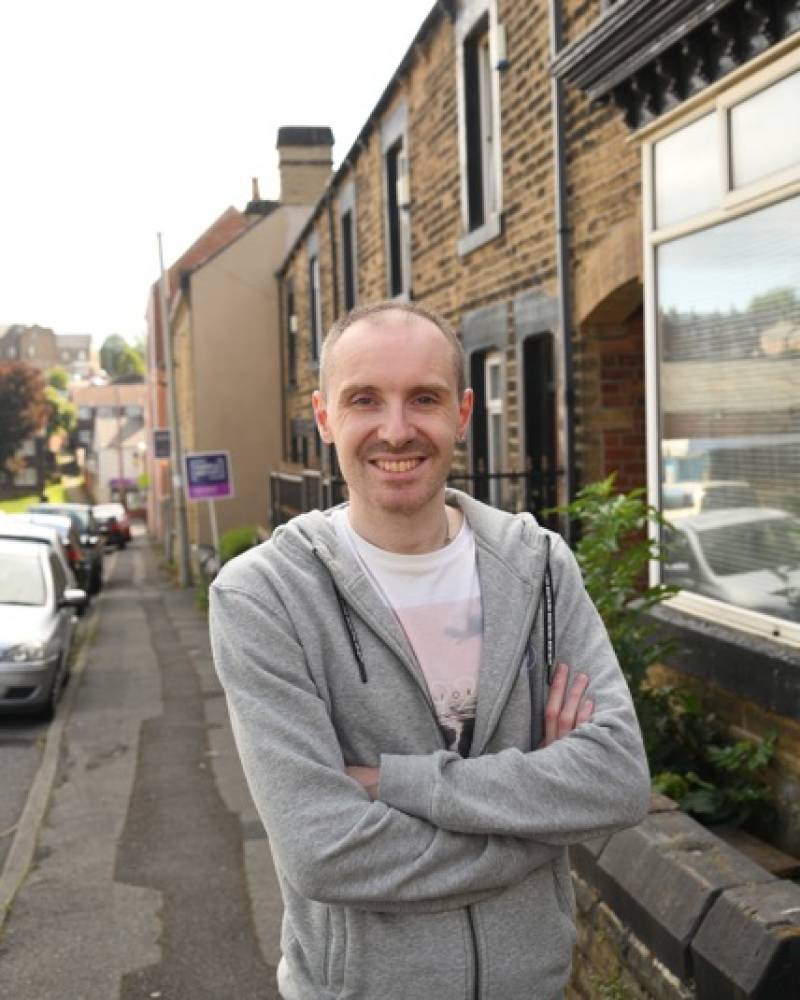 A BARNSLEY Hospital worker who has raised more than £7,000 for the Yorkshire Air Ambulance has been nominated for a Proud of Barnsley award for his fundraising feat.

Jonny Maw, from the town centre, has been selling Yorkshire Air Ambulance merchandise at the hospital and has amassed £7,000 in donations.

The 33-year-old was inspired to fundraise for the unit after working as a emergency call operator for 11 years.

Jonny said: “Some of the calls I took required the Yorkshire Air Ambulance and I got to see the amazing work they do firsthand.

“It’s an incredibly important cause and I felt the least I could do is raise a bit of money to help with running costs.

“I sell merchandise and put the proceeds straight into my charity bucket which I’ve been doing for around six years.

“I sell items from my office and make myself banners around the hospital to promote the merchandise and promote the cause.

“Thanks to everyone’s generosity, I’ve raised more than £7,000 which is fantastic.

“Realistically it costs around £12,000 to keep a helicopter in the air each day so I’d love to raise even more.

“I work for the Patient Transport Service at Barnsley Hospital so I understand how important the work is for our patients.

“I’ll continue to fundraise until I’m no longer able as it’s the least I can do.”

Jonny’s fundraising efforts have resulted in a nomination in the Fundraiser of the Year category at this year’s awards.

Jonny added: “It’s a fantastic feeling to be nominated and entirely unexpected.

“I don’t do this for recognition, I do it to support Yorkshire Air Ambulance and the lifesaving work it does every single day across the borough.

“It’s mind-blowing that people have taken the time to put my name forward and I hope to continue to raise more money in the future.”