Running mums set to quadruple their fundraising target for hospice 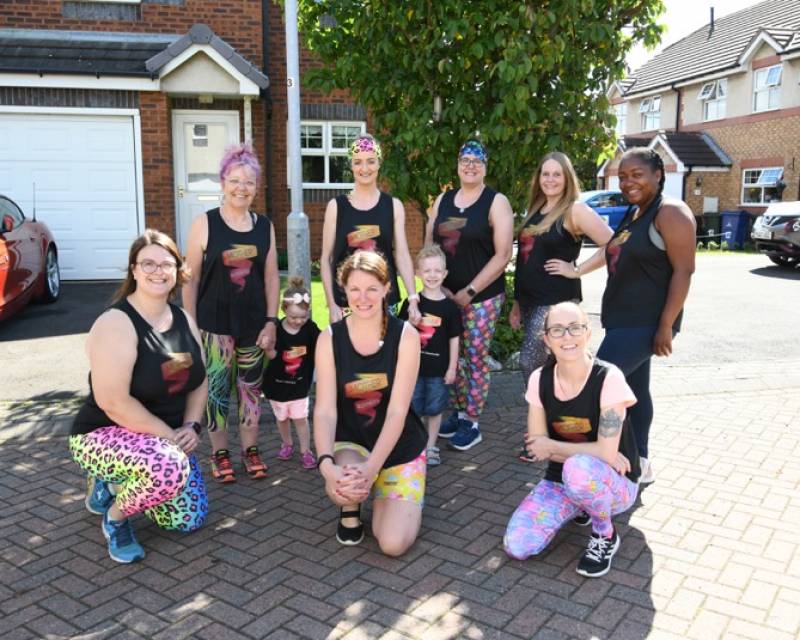 A GROUP of Barnsley mums who have raised nearly £2,000 for Barnsley Hospice by running in a variety of races have been nominated for a Proud of Barnsley award.

Mother Runners was set up earlier this year by Kayla Kavanagh, 41, of Old School Court in Barugh Green, in a bid to raise the spirits of mums across the borough – but with now more than 60 members, the group has exceeded her wildest expectations.

She said: “When I started the group back in January I was just expecting a handful of mums to be getting involved and the fact we’ve now reached 60 members is absolutely amazing.

“We’ve done the majority of the runs that we had planned and fortunately the weather stayed clear, we’ve got a couple of runs left to go but I’d say we’re about two thirds of the way there.

“Everyone has done so well to complete the runs, a lot of them haven’t actually ran the distances they raised money for before so to help train them has been really great.”

The group, who originally set a target of £500, are well on there way to breaking the £2,000 mark – something that both Kayla and the hospice are thrilled with.

“I think that it’s an extra sense of achievement for the ladies, because not only have they completed a new run, they’ve also raised money for a great cause,” she added.

“We’re definitely going to break the £2,000 mark there’s not question about that, we’ve got some more runs left and they’ll be promoted online too.

“The fact that we’ve quadrupled our original target is phenomenal, the hospice are amazed as well – it’s really great.”

“It’s not often you make an Irish woman speechless but you certainly have now, I can’t believe it.

“There’s no way I thought just an idea in my head last year would have turned into this – I couldn’t be more happy.”