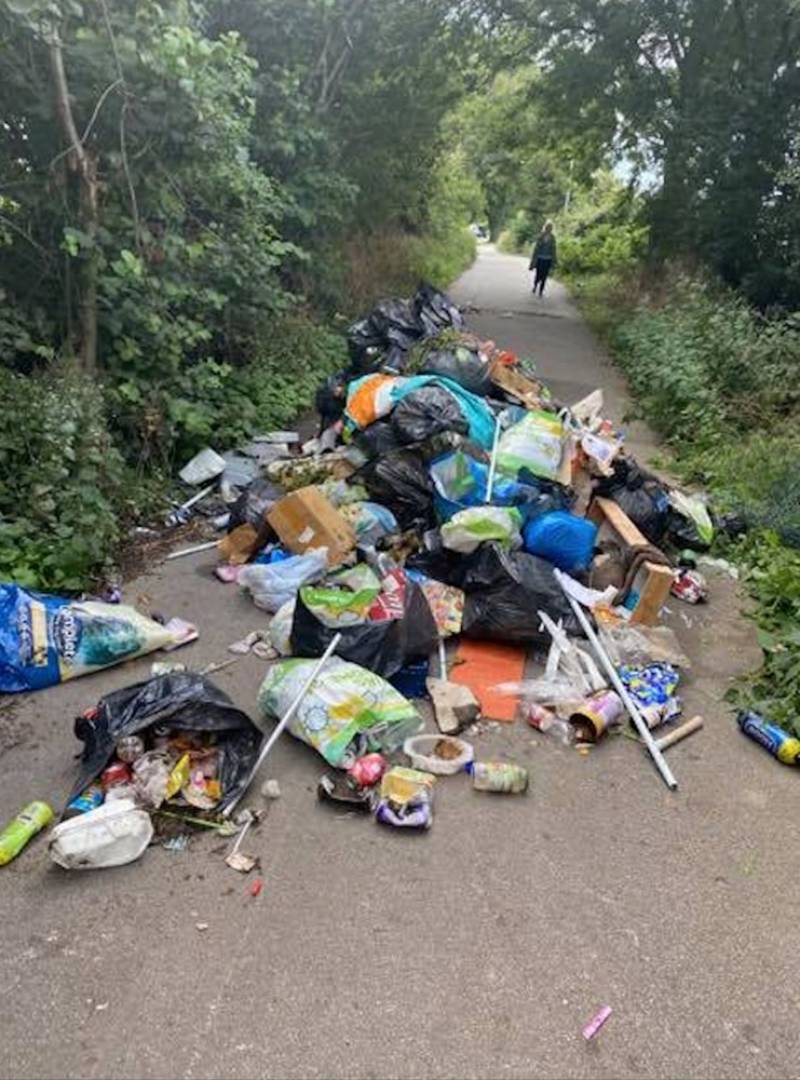 A ROYSTON community group who litter-pick each week believe fly-tipping has become more rife during lockdown after another rubbish dump was left at a hotspot in the area.

Sue McGougan Micklethwaite, the head of Royston Watch, has been a part of the litter-picking team since its creation in February, and believes that as time has gone on, they’ve seen more incidents throughout Royston.

Recent figures suggested that there was a 25 per cent increase in dumping incidents across the borough during lockdown, although there has been a 16 per cent decrease since waste centres reopened.

She said: “We currently have volunteers going out every Monday and we choose a different area every week, but we’ve still got people picking on Lee Lane two or three times a week because there’s a lot of litter there.

“Pinfold Lane has become a bit of a hotspot with quite a few incidents there recently – it’s quite a long lane and so people tend to dump the rubbish towards Redwood Avenue.

“In this particular set there were addresses from Honeywell so I think people are just paying people for their rubbish to be taken and then they’re just dumping it wherever they can – it’s appalling.

“The volunteers are all absolutely fantastic, the work they do is amazing and in general the community spirit around Royston is great – a lot of people help out and do their bit.”

Firefighters were called to Pinfold Lane in the early hours of Tuesday morning following reports of a large amount of domestic waste being set alight.

Upon arrival at 1.09am, the crew from Cudworth station found the fly-tipped rubbish on fire, and it is believed that it was started deliberately – the crew came away at 1.38am.