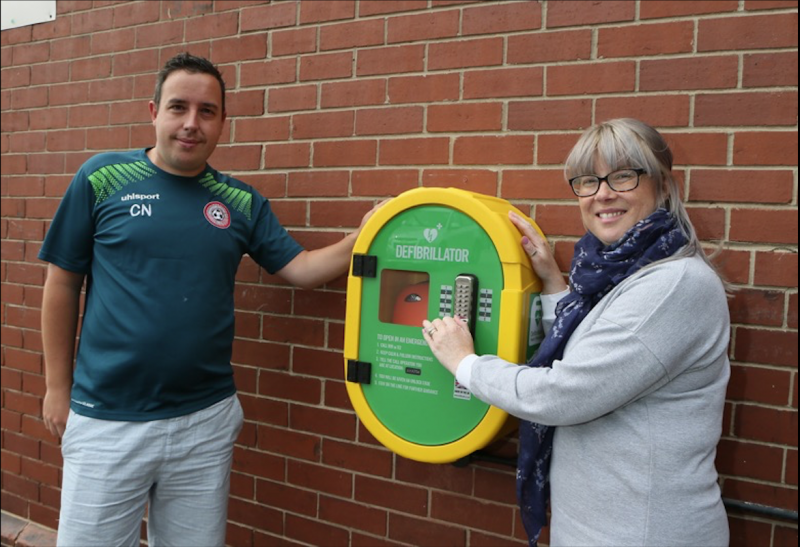 A FOOTBALL club has helped install a third lifesaving defibrillator in the Brampton Bierlow area thanks to fundraising efforts.

The equipment is now on the side of Cortonwood Miners’ Welfare, Knollbeck Avenue after Brampton United, who are based at the site, raised enough funds to install it.

Chris North, the vice chairman at the club, said: “As a club, we’ve been growing since we started back in 2013.

“At some of our busier times, around 200 children and their families are visiting the ground, so it was important that safety was the main priority.

“This alongside our defibrillator already sited at Brampton Ellis Junior School means that we have them readily available to any of our home pitches.

“This is a hub of activity, so it makes sense to have this equipment installed in case of any worse case scenario.

“We hope that we never have to use them but all teams have a first aid qualified coach who is trained to use them should the need ever arise.

“We hope this will benefit not only the club, but the surrounding community who have given so much to us.

“Thanks to the Cortonwood Miners’ Welfare trustees for allowing us to install this on their building.”