'It's only a matter of time before someone gets hurt' 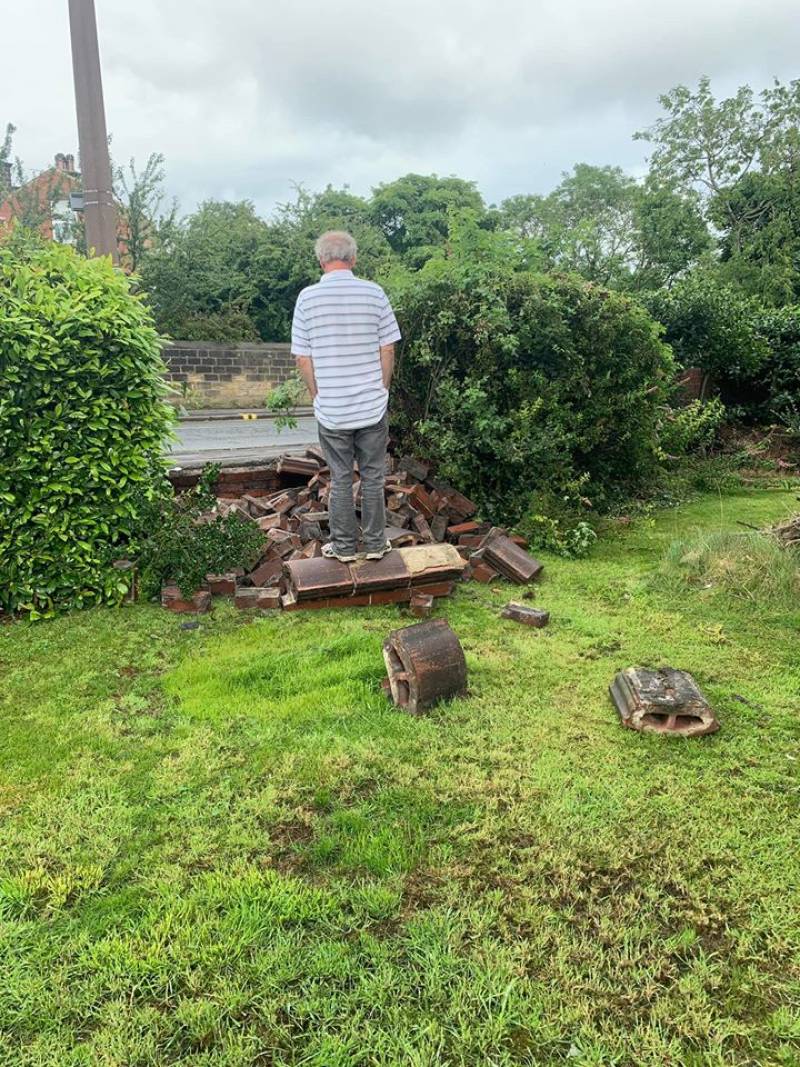 A DISGRUNTLED resident has hit out after his garden wall was destroyed by a reckless driver.

Stephen Padgett, 57, returned home last Saturday at around 3.50pm when he was told that a car had crashed into the wall.

He found that part of his garden wall had been knocked down by the driver who had then fled the scene.

“I was shocked when I saw the damage that had been done,” said Stephen, who lives on the corner of Victoria Crescent West and Gawber Road.

“When my neighbour told me I assumed that it had happened in the early hours of the morning but to find that it happened during the afternoon in broad daylight shocked me even more.

“The person who had done it completely missed the lamppost and went straight into the wall we think they may have been reversing but we aren’t sure.”

No one was hurt in the incident but Stephen said it could have been a different story had he been at home.

“The day before at around the time of the incident I was at home and in the garden.

In the weeks before the incident, Stephen said he had noticed cars speeding around the roads outside his house.

“It’s definitely got worse during lockdown,” he added.

“The roads were always busy before, but since there has been less traffic, I have noticed cars go shooting down the street.

“Speeding is dangerous as it is, but on the roads around the hospital where there are emergency vehicles and people about, I think it’s only a matter of time before someone gets seriously hurt or there’s an accident.”

Now Stephen hopes to rebuild his garden wall, which he said is more than 100 years old.

“For me it’s sad for the history aspect of things as well.

“I can’t believe that someone’s reckless actions have caused so much damage.

“I hope something like this doesn’t happen again I think it was a close call and one I don’t want to have a repeat of.”

Coun Phil Lofts has campaigned for speed restrictions on the roads around the town centre after noting speeding in the area for years.

“The junction from Victoria Crescent West onto Gawber Road is difficult because of the cars parked on the street,” he said.

“People do speed up and down that road once they notice that the road is clear of oncoming traffic.

“We are looking into what can be done to put an end to the issue since we don’t want residents to be in danger from speeding vehicles.”

A spokesperson for South Yorkshire Police added: “Officers were called to Victoria Crescent West in Barnsley on Saturday, after a car reportedly collided with a wall before driving off.

“The crash happened at around 4pm.