Tracy braves the shave for pal 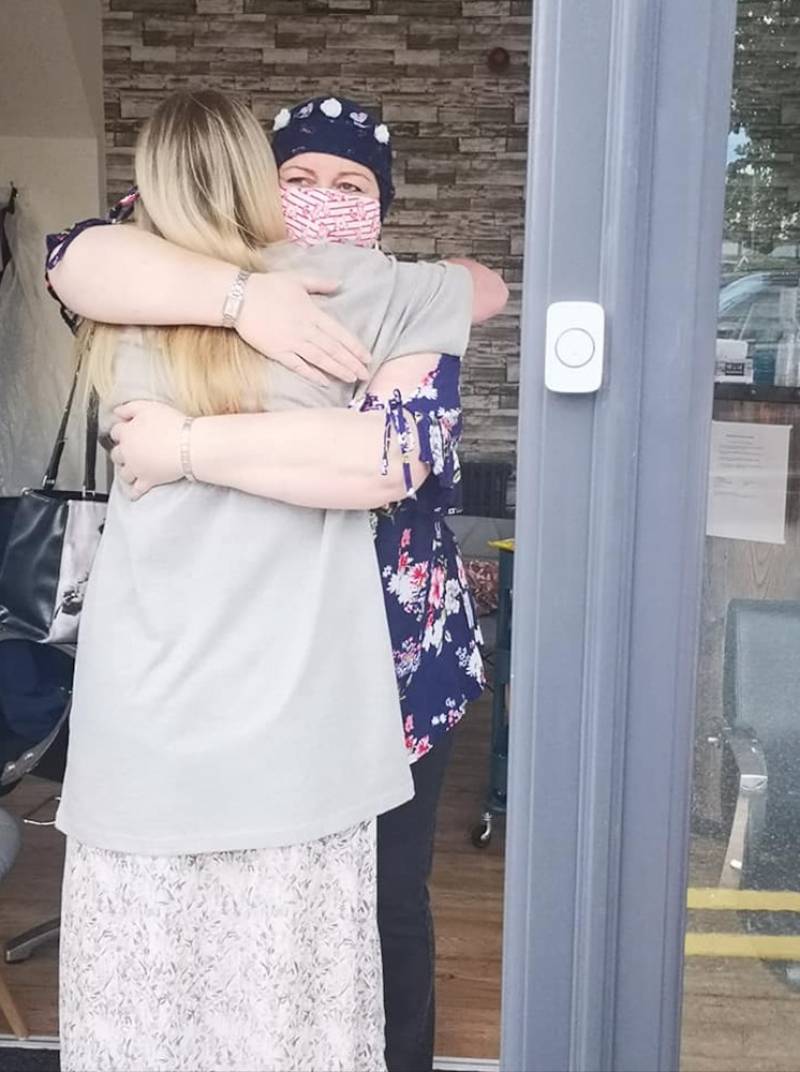 A BARNSLEY woman has shaved her head in solidarity with her friend who was recently diagnosed with breast cancer – raising over £2,000 in the process.

Tracy Dawson, 53, of Swift Street in Old Town, decided to take part in the Macmillan Cancer Support scheme, ‘Brave the Shave’, last Sunday after one of her best friends, 49-year-old Vicki Swift, was diagnosed with breast cancer.

Tracy said: “I wanted to support one of my dear friends who is currently going through chemotherapy, so I decided to shave my hair and raise money for the charity.

“I went to R and R Hair and Beauty last Sunday and shaved my head because I wanted to show my support to Vicki, and a few of my friends and family came down as well to support me – it was a great day on a whole.

“I feel like I’ve managed to support my friend now I’ve braved the shave, and all the hair will be donated to the Little Princess Trust – if just one little girl can feel confident by using the hair then that would be fantastic.”

Vicki, who was diagnosed back in April also shaved her head before chemotherapy began, raising around £1,300 for Macmillan in total.

Tracy set herself a target of £500 on her charity page, but this was surpassed with ease and she has raised a total of £2,215 with cash donations included.

“People have been absolutely amazing with the support that they’ve shown during all of this,” she added.

“Including cash donations we’ve raised £2,215 for Macmillan Cancer Support which is fantastic – I just wanted to show my support for Vicki in these times.

“She did the exact same thing about a month ago because she knew that she was going to lose her hair during chemo – the support she received was great as well as she raised about £1,300.”

To donate to Tracy’s fundraising efforts, follow the link here.