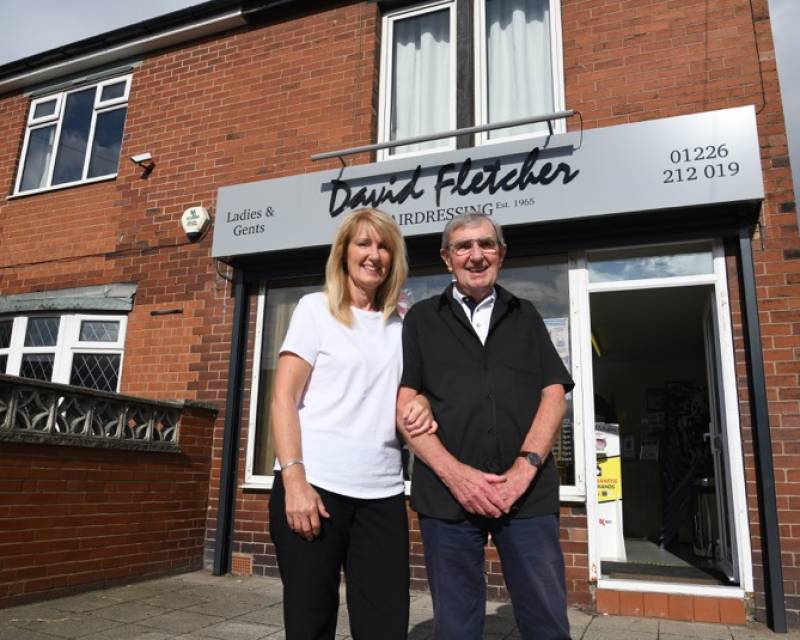 A BARBER who’s been a mainstay in a Barnsley village for more than half a century is packing up his clippers.

David Fletcher, 79, will see daughter Jane Baxter take the reins of the salon on Pontefract Road, Lundwood, from next month as he looks to enjoy his retirement.

David started as an apprentice with Charles Wilkinson, on Regent Street South, before opening the shop in 1965 having always wanted to see his name above the front door.

“For most people who come into the profession, their end goal is to run their own business,” said David, from Dean’s Way, Monk Bretton.

“I’ve had guys coming in for nearly 60 years and I’ve always liked to have a chat with people. I’ve told one or two I’m packing it in, and they all say they hope I have a good retirement.

“Nobody’s said they’ll be pleased to see the back of me, anyway.”

Jane has been running the salon, which now caters to men and women, recently as experienced barber David began to wind down his involvement.

He’s seen the world change considerably since he took it on not least in the last four months.

“We used to have people coming in and out, but it’s all appointment-based now,” he said.

“Everything has to be cleaned down we’ve really gone to town on that. Jane has taken on that side of things.

“I’ve found it difficult to wear all the gear, particularly the gloves using a comb and scissors doesn’t work well with gloves.

“Obviously, we can’t take a risk with anything.

“We’ll work our way through it, you’ve just got to keep pulling yourself along.

“There have always been difficult periods. I’ve seen different fashions and different ways of life.

“People aren’t living in the same way now as they were when I came to the village.

“The miners’ strike was a difficult time, because in this area people didn’t have the money so haircuts became a last resort.

“But I must admit, I have enjoyed it.”

The salon will keep David’s name, while he said he’s looking forward to ‘getting out and about more’ with his walking group.