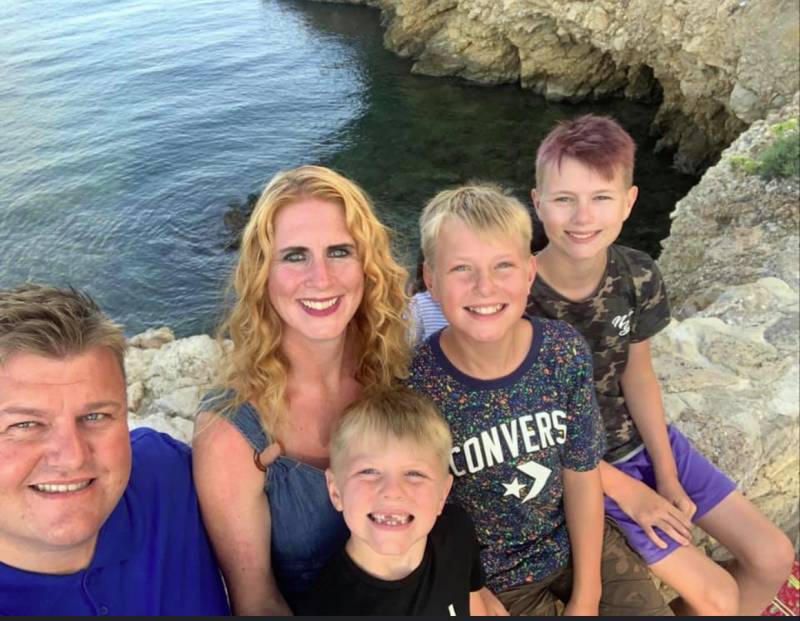 GRIEVING parents of a 14-year-old boy who went to bed healthy but ‘never woke up’ have been nominated for a Proud of Barnsley award for their hard work to create a memorial garden in his memory.

He had gone to bed following his first day back at school but could not be woken by his mum, Stacey, the following morning.

Emergency services were called but Lucas was unable to be revived.

His death came as a complete shock to the family, who still don’t know why he died and his parents, Stacey and Daniel, have worked to create a memorial garden in his memory.

“We knew straight away that we didn’t want Lucas to be buried in a traditional graveyard,” said Daniel, 40, of Brattice Way, Mapplewell. “We didn’t want him to be surrounded by death because he was so full of life and such a happy boy. We wanted somewhere tranquil and private where we can go to remember our son.”

Throughout the past year, Daniel and Stacey have been fundraising to help make Lucas’ garden a reality, and have raised almost £11,000 towards the garden.

“We would like the garden to be a place of remembrance for Lucas, but also for other parents who have lost a child.

“Graveyards don’t feel appropriate when you have lost your child so we are hoping it will become a place of remembrance for other people who have lost someone young.

“We want sadness to be replaced by happiness, and we have chosen designs that are light and airy to make a legacy for him.”

Daniel and Stacey have been nominated for a Proud of Barnsley award for their fundraising efforts to make the garden a reality.

“We would like to say a big thank you to everyone who has donated to make the garden happen,” added Daniel. “I would also like to thank Hammerton’s funeral directors who donated £1,000 and who have been looking after Lucas’ ashes until he can rest in the garden.

“The garden is intended to be a space for the whole of Barnsley to use to remember children who were taken too soon. If it helps one other family, that’s what we set out to do.”