Protesters take their complaints to town hall over village plans 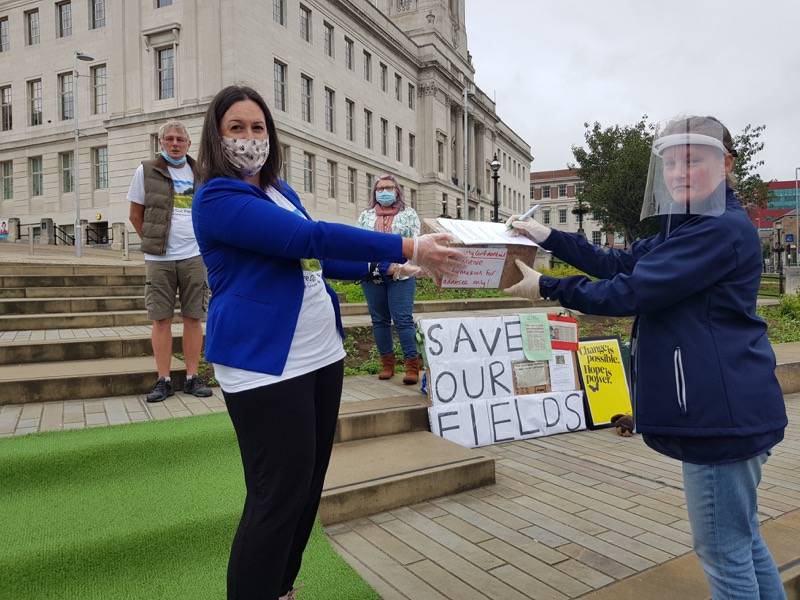 A SILENT protest was held outside Barnsley Town Hall as campaigners handed over dozens of signatures urging planners to reconsider contentious plans to redevelop large parts of a Barnsley village.

They’ve been backed by almost 700 online signatures criticising the masterplan framework ‘MU5’, which sets out future housing and business development on a plot of land off Lee Lane, Royston.

A proposed 994-home estate and primary school will – according to local woman Sarah Lambert, who’s been leading the charge – take up valuable green space that’s vital for both wildlife and the mental health of residents.

A consultation started last month and finished on Wednesday, when the signatures were handed over to town hall operations manager Nicola Grierson for consideration by the council.

Sarah, who’s been setting up a stall to take people’s feedback on West End Avenue, near to the site of the proposed development, said many residents will not be aware of the full extent of the plans.

Letters informing people of the ongoing consultation, which the council maintains were sent to homes within 250m of the site, have reportedly not been received by residents.

Sarah, 40, said: “We respect the plans that have been drawn up, but wildlife and animals are really important, and green space has been proven to improve mental health.

“I hope the views of people in Royston are listened to. The community’s been brought together and we’ve given them the chance to have a proper consultation.”

Coun Steve Hunt of neighbouring Darton has backed the campaign, which he says will impact traffic in his ward.

“It seems to me that fundamentally, before any masterplan framework can be approved, there needs to be something put in place to look at the hotspots we’ve already got,” he said.

“And it’s important that whatever does go ahead does preserve as much of the ecology as possible.”