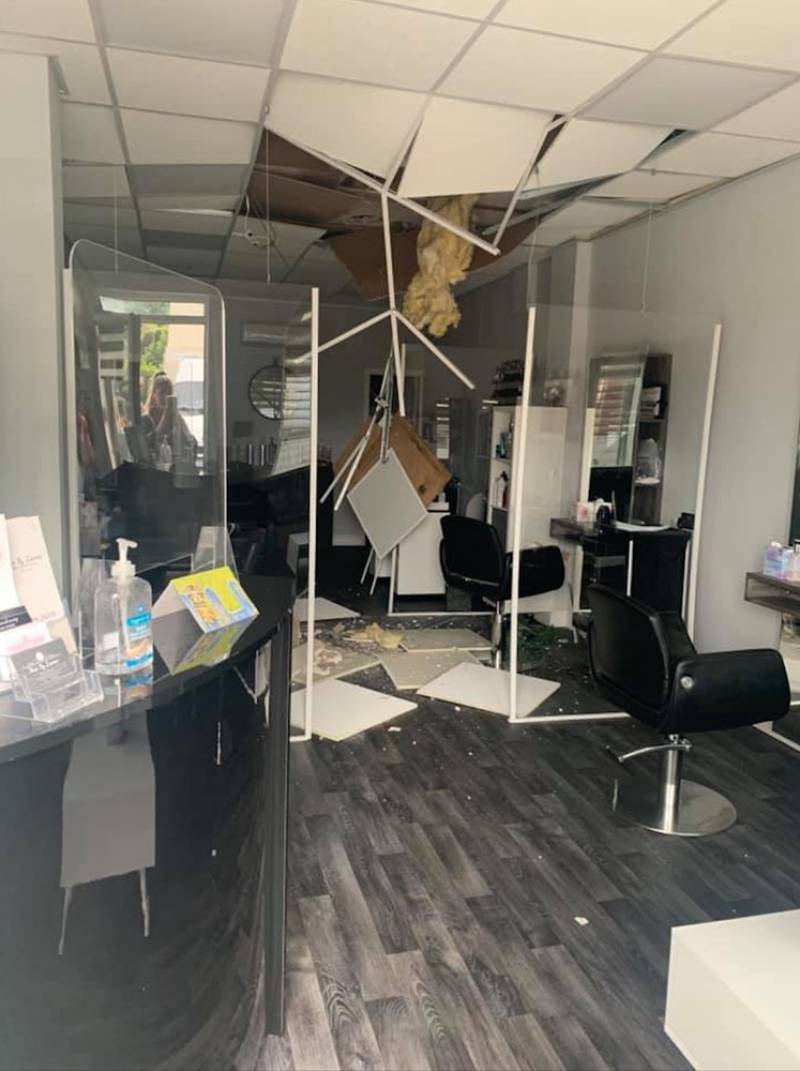 A SALON owner from Barnsley has been left frustrated after her shop was broken into on Monday for the second time in the last three years.

Sarah Price-Hardcastle, 32, from Monk Bretton, opened Glam Hairdressing on Carlton Road, Smithies, around eight years ago but was targeted ahain – each time the culprits entered through the roof.

She told the Chronicle: “The salon got broken into around three years ago and at that time they stole a curler, some change from the till as well as a chocolate bar from the fridge which was confusing.

“They entered through the roof back then and that’s exactly what happened at the weekend, but I’m really thankful that he didn’t take anything this time around.

“We didn’t have CCTV back then but now we do so we’re hoping that we can catch the culprit.”

Sarah was alerted to the incident on Monday morning after worker Lauren Chambers opened up the salon and saw the mess the intruder had caused.

“The CCTV shows the man getting into the salon at around 11.30pm on Sunday night, but it wasn’t until the next morning when one of our staff members, Lauren, went to open up that I was alerted about what had happened,” she added.

“My husband did the majority of the clean-up on Monday and I got the same person in that I got to do the ceiling but it’s really not what we needed right now.

“We’ve only just reopened because of lockdown so it’s really annoying that it’s happened at this stage, they didn’t take anything but they managed to cause a lot of damage.”

A police spokesperson added: “Officers are investigating following a reported burglary at a hair salon in Barnsley.

“It is reported that between 7pm on Saturday July 18 and 8.50am on Monday July 20, offenders gained entry to Glam Hairdressing on Carlton Road in Barnsley.

“The offenders are believed to have made a search of the premises, but nothing was taken.”