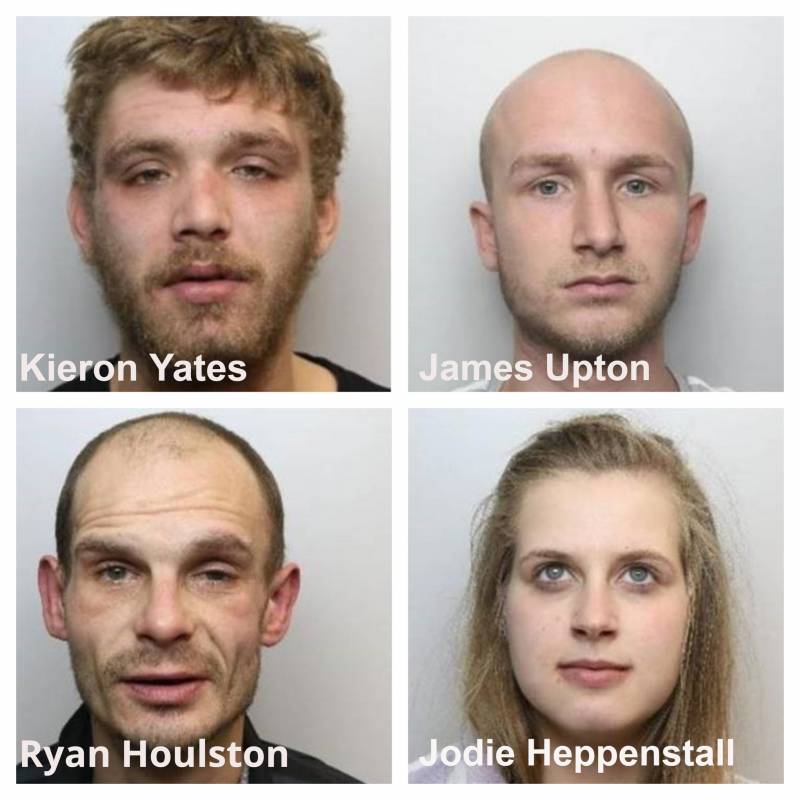 FOUR people have been jailed for more than 14 years after pleading guilty to taking part in a robbery on VE Day.

Kieron Yates, 19, James Steven Upton, 25, Ryan Edward Houlston, 34, and Jodie Louise Heppenstall, 21, have been jailed following the incident on The Arcade on May 8 this year.

During the robbery a 41-year-old man was hit in the face and body and pulled to the ground.

They appeared at Sheffield Crown Court today (July 23) and all four pleaded guily to to robbery and Heppenstall was also charged with common assault.

PC Rosie O'Grady, the investigating officer, said: "This was a particularly shocking attack. The victim endured an extremely distressing and entirely unprovoked ordeal, all for a mobile phone and a packet of cigarettes.

"I'm very pleased with today's result, and for getting justice for the completely innocent victim. I hope it shows that such horrendous behaviour will not be tolerated in our community.

"The actions of Yates, Upton, Houlston and Heppenstall that day left local residents, and people across the country, horrified and I'm glad they have all quite rightly been handed custodial sentences."

Yates, of no fixed abode, was jailed for four years.

Upton, of no fixed abode, was sentenced to three years and nine months.