Singing in the rain pays off for volunteers 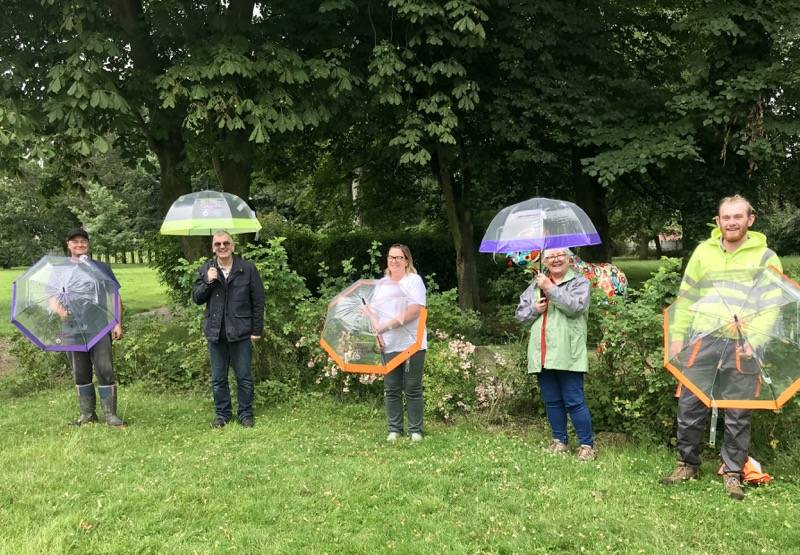 A COMMUNITY partnership who won the top prize at Barnsley’s first ever virtual Mayor’s Parade were ‘Singing in the Rain’ after their success.

As part of the event, local groups were asked to send video entries instead of the usual parade floats.

Thurnscoe Park Volunteers, alongside Big Local Thurnscoe, bagged the ‘Mayor’s outstanding contribution’ award and a £50 voucher for Barnsley Market for their ‘Singing in the Rain’-inspired entry featuring volunteers dancing with umbrellas.

Thurnscoe Park Volunteers co-ordinator Coun Pauline Phillips said: “The Mayor’s Parade entry was a great idea to showcase our local volunteer groups that work so well together to try to try to make Thurnscoe a better place to live.”

Coun Pauline Markham, Mayor of Barnsley, added: “It was fantastic to see so many families, groups and organisations entering, especially at this challenging time.

“I hope the parade brought smiles to the faces of the people of Barnsley. A huge well done and thank you to everyone who took part. I hope the winners enjoy their prizes.”

Other winners were Eleanor-Rose Lodge, who got ‘best family/household’, the Futurist Cinema with ‘best charity/school/community’, Creative Recovery which won ‘most creative’ and Thornhill House care home which won ‘best business’.