Cousins smash their target for NHS 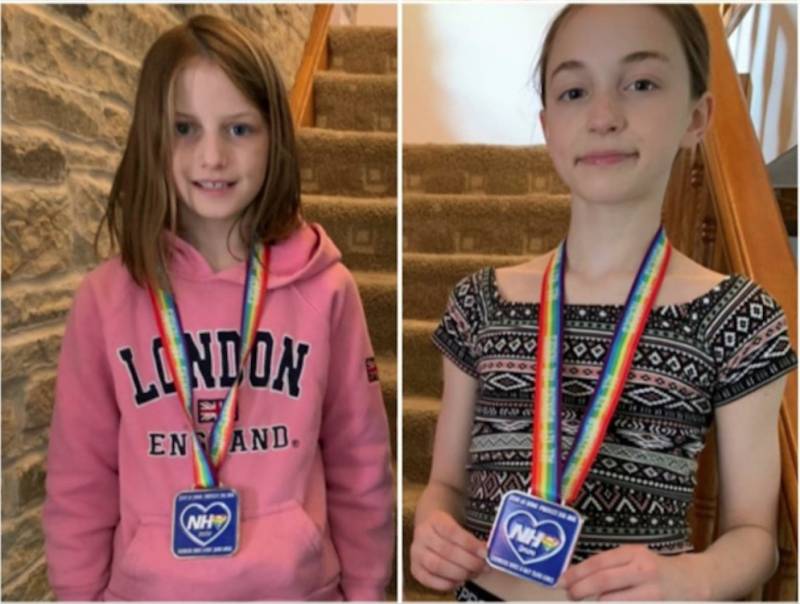 FOUR cousins who wanted to help raise money for the NHS came up with a creative way of fundraising, while also celebrating the service’s 72nd anniversary last week.

Isla Darby, 12, Jessica Darby, eight, Morgan Shand, ten, and Millie Briggs, three, wanted to do something to help raise money for the NHS charities, and were inspired by the fundraising efforts of Captain Tom Moore who helped raise more than £32m for the NHS.

They came up with the idea of completing challenges based around the date of the creation of the NHS – July 5, 1948.

“We all thought about what they could do and we came up with the ‘5, 7, 48’ challenge,” said the children’s aunt, Victoria Parkinson, 34. “They are all spread across the country with Isla and Jessica in Darton, Millie in Mapplewell and Morgan in Scotland but they are very close and wanted to do something together.

“We thought it would be a great way to bring everyone together during lockdown, especially since they can’t see each other.

“It was something for them to focus on, and to help take their mind off not being able to go to school or see their friends.”

Isla and Jessica ran around their home five times, did seven laps of a nearby field, and then performed 48 flips on their trampoline to help complete their challenge.

“We were blown away when we saw the Just Giving page,” added Victoria, who lives in Merseyside.

“What they have achieved is brilliant and they are so proud of themselves.

“They would ring each other every night to give updates on their progress and I think it was a great way for them to push themselves and do something good for charity.

“They all received medals for raising money for the NHS which will be a nice keepsake for them in the future.”

The cousins now hope to reach £1,948, which would represent the year the NHS was formed.