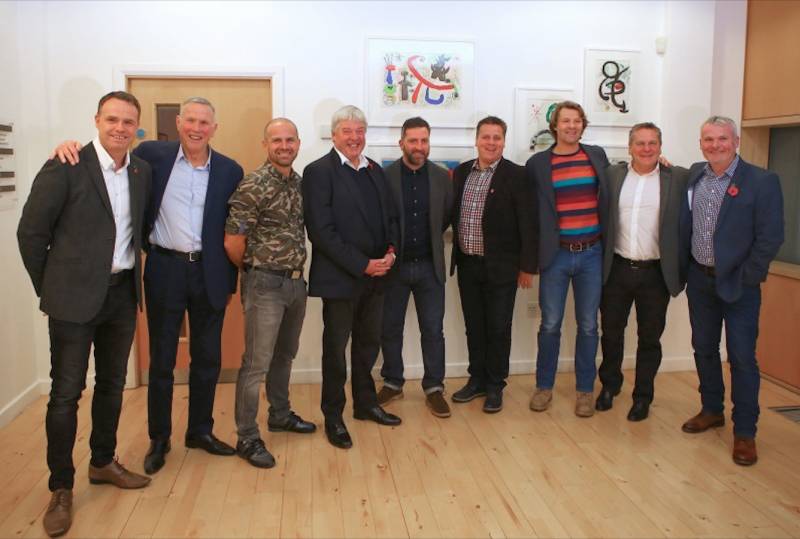 THE team who created a film about Barnsley FC’s promotion into the premier league has been nominated for a Proud of Barnsley award for their fundraising efforts.

Almost £31,000 was donated to Barnsley Hospital’s Tiny Hearts Appeal last year after the group behind the Daydream Believers project donated the £20,000 profits to the charity.

The group continued to fundraise for further donations in the form of a £1,000 bucket collection, followed by donations of £10,000.

Producer Liam Dyson said: “When we first came up with the idea of making Daydream Believers we were always very clear that this would be a project that should benefit Barnsley.

“That benefit comes by telling the story of one of Barnsley’s greatest achievements for future generations to look back on, by reminding people of some of the best days of their lives and by leaving a lasting legacy.

“That’s why we decided that should we be lucky enough to make any profits from the film that they would be donated to an incredible cause close to our hearts – the Tiny Hearts Appeal.”

The group have been nominated for Fundraising Team of the Year for their continued fundraising ideas at this year’s Proud of Barnsley awards.

“We never set out for anything in terms of trying to get any rewards or recognition from our side.

“We just wanted to make a film that people would enjoy watching and that the town would be proud of.

“But this nomination is a nice little ‘pick-me-up’ for the hours and time that the lads have given to this.

“Everything we do is for the people of Barnsley, so for us to be able to donate to local causes is incredibly important.

“I’m proud of the team and we’re really overwhelmed but thankful for this nomination.”