Wath artist is bringing the smiles to walkers 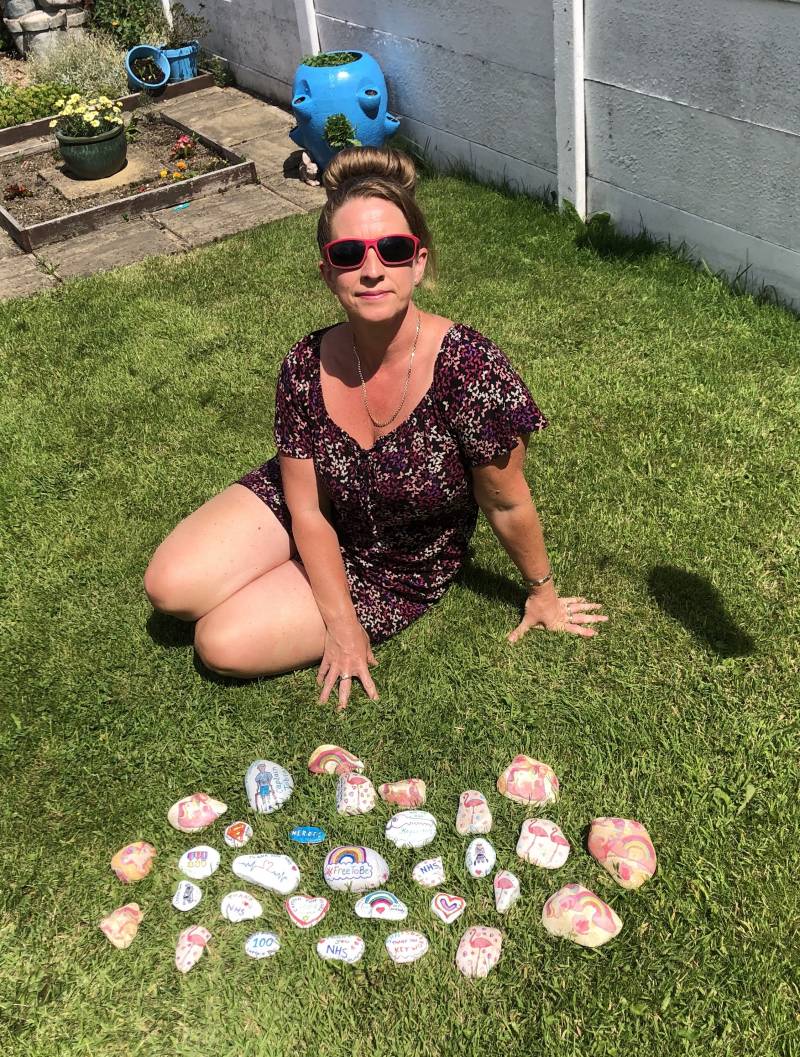 A WOMAN from Wath-upon-Dearne has hidden painted rocks around her local park in a bid to raise spirits during the lockdown.

Kerry Beatson, of Burns Way, has hidden numerous painted pebbles around Wath Woods and hopes that local residents will get out and about and find them.

If found, residents are encouraged to take a photo and post it on the Wath Wood Facebook page, before hiding it in a different location.

Kerry, 42, told We Are Barnsley: “Over the last couple of years, I’ve been involved in litter-picking around our community and in Wath Wood.

“I’ve lived in Wath all my life and thought that Wath Wood could do with some more attention as it’s great.

“So I decided to get some rocks, paint them and hide them around the wood to encourage more people to get out and enjoy the woods.

“It gives families something to look forward to now that lockdown has eased slightly.”

Kerry has painted a rock in honour of Captain Tobias Weller, a nine-year-old boy with cerebral palsy who raised more than £45,000 for Sheffield Children’s Hospital.

“I’ve been given permission by Captain Tobias to do a rock with his face on it in his honour.

“I’m going to be hiding it in Wath Wood later today for people to take photos once they find it, and then hide the rock somewhere else.

“Some have travelled to different countries, it’s been amazing. I would love see families in Wath get involved and find as many as they can.”